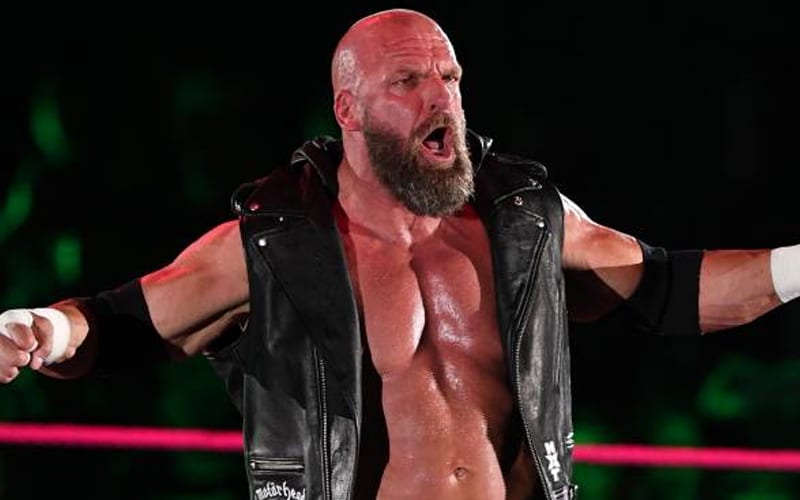 Triple H doesn’t wrestle very much anymore. The Game is still in shape, but he’s not keeping the ring rust off like he used to. This can present a problem when he’s needed.

While appearing on WWE The Bump, Triple H joked about how he’s in a glass case backstage with a little hammer next to it and a sign reading: “Break in case you need Triple H.” Vince McMahon has called Triple H’s name for big matches without much notice, and it’s likely to happen again.

Triple H said that coming back after an extended period of time away from the squared circle is one of the most challenging things you can do, especially when he’s expected to perform at such a high level.

“You see Taker talk about this, and other guys. I don’t think I’ve ever had something harder in my career than moments where you don’t wrestle for an entire year, or longer. Or, a long, long period of time like that and you come out and it’s like ‘Okay, do this at the highest level.’ Try to continue adding to what you’ve done without letting yourself or anyone else down. It really is, that is the most difficult challenge I’ve ever faced. Having those times when you don’t wrestle for a year, the pressure is immense.”

Triple H is used to performing under pressure, but it’s still a lot to ask from anyone. He didn’t wrestle at WrestleMania last year which was a rare absence from the show of shows. We will have to wait and see if Vince McMahon finds a spot for his son-in-law to wrestle this year.