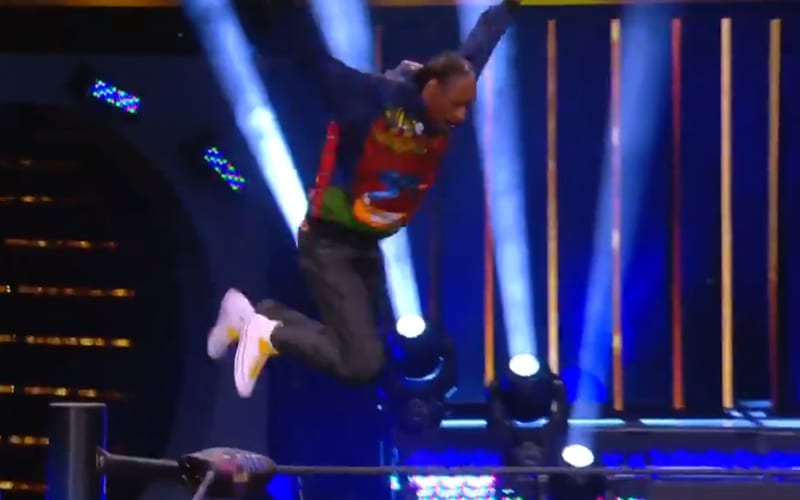 Snoop Dogg and Cody Rhodes got to know each other while filming the Go Big Show. The famous rapper was also on AEW Dynamite this week to accompany his pal Cody to the ring.

Click here for our complete coverage of AEW New Year’s Smash night one.

Cody Rhodes took on Matt Sydal during AEW Dynamite this week. He even made his way to the ring with a special Snoop Dogg remix of his entrance music.

After Rhodes won the match, Serpentico and Luther invaded the ring. They ran Luther off, and then Sydal nailed Serpentico with a kick that laid him out.

It appeared that Matt Sydal was going to climb to the top rope, but Snoop Dogg took his place. Snoop hit a big splash off the top rope, and then Cody got down and made a three count for good measure.

During the celebration, Snoop Dogg also ran over to say hello to the commentary team. He obviously had a great time.

They made sure to promote The Go Big Show throughout the show, but they got a great Snoop Dogg appearance out of the deal.