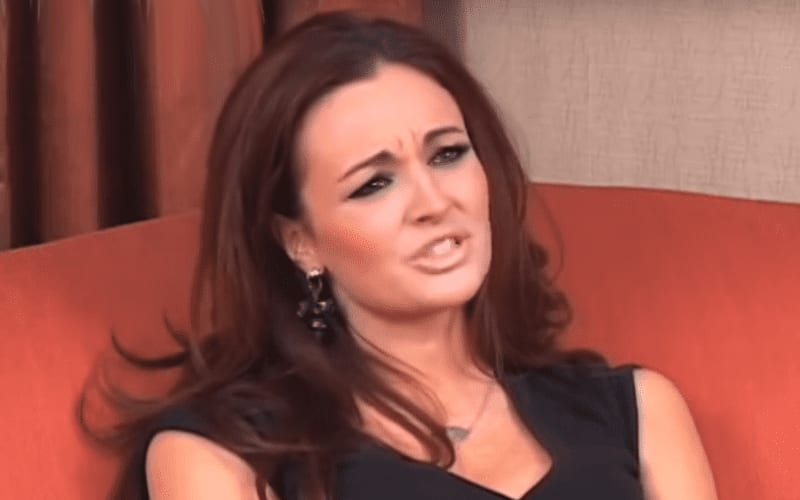 Maria Kanellis was among the many employees let go by WWE in April of last year. After her release, she eventually made her way back to Ring Of Honor.

The former WWE Superstar recently spoke to the ROH Strong podcast, where she discussed a variety of topics. Kanellis also talked about her former boss Vince McMahon.

Kanellis first revealed how grateful she was to Vince McMahon and WWE for giving her and Mike Kanellis the opportunity to work for the company.

“Vince McMahon gave me an opportunity. If I am correct, and you never know, but it was Vince and Kevin Dunn who said, ‘Yes, bring her back.’ So, I appreciate that. At the time, it was an excellent opportunity. Along the way, I was given incredible opportunities. I was able to travel the world.”

Afterwards, Kanellis spoke frankly about Vince McMahon’s stringent methods of running WWE. She said that there is a need to change and grow as the world is also changing with the times.

She added that Vince McMahon should learn to listen to all the people. As McMahon is a man who is at the pinnacle of professional wrestling. Kanellis hopes that he can change for the better and ultimately improve WWE as a whole.

“Even though I may appreciate the opportunities that I was given in the past, I really wish that Vince would learn and listen to people. It worked in the past. I’m happy for you, you created an industry, good on you, but at a certain point, because you are the pinnacle and the definition of what professional wrestling is, you need to show the world that you can change.”

Maria Kanellis noted that WWE has the biggest reach out of every pro wrestling promotion in the world. If McMahon changes the way he handles business, then several people will benefit from it.