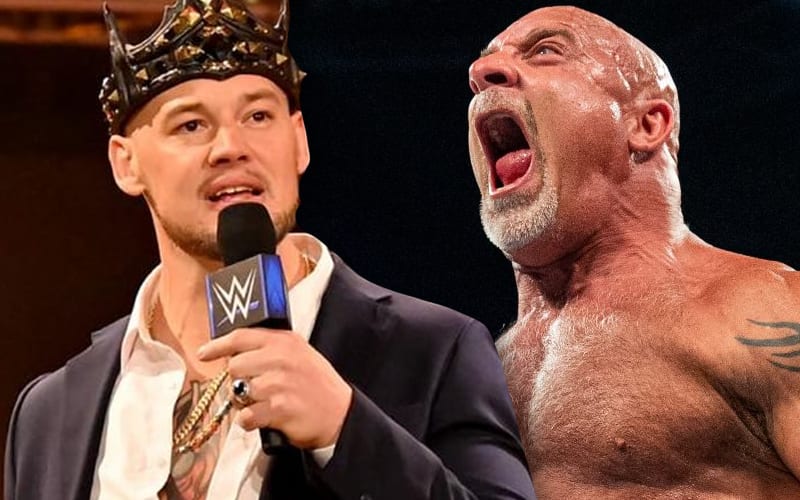 There are many running jokes in WWE. At this point, Goldberg returning just before WrestleMania to capture a top title in WWE is starting to become a trend. King Corbin is obviously not a fan of this.

WWE sent out a post on Instagram that said Goldberg is in line to battle for his 5th WWE World Title. This might excite some people and draw back a few lapsed fans, but King Corbin isn’t about it. He replied back with a very simple comment that showed his lack of enthusiasm.

Corbin simply commented: “Awesome” along with a straight-faced emoji. The emoji lacking a definitive smile should be a clear indication that he’s not thrilled.

Goldberg’s return was decided on over the weekend and he was flown in for the appearance. We’ll have to see how often Goldberg appears in the build toward the Royal Rumble on January 31st.

Retribution and Riddle have already tweeted out cynical posts about Goldberg’s return. King Corbin obviously isn’t alone in his thinking.