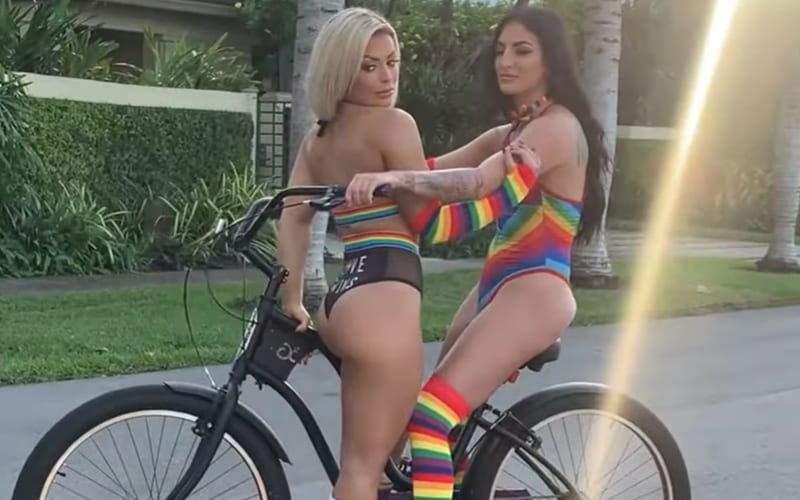 Mandy Rose and Sonya Deville are really close friends in real life. This is in spite of their on-screen feud. Fire & Desire recently collaborated on a photo shoot, and the behind-the-scenes footage was worth watching.

Rose uploaded new footage on their DaMandyz Donuts YouTube Channel. This was a calendar shoot for their 2021 edition.

Damandyz 2021 calendars are now on Amazon, and this was a great way to get the word out.

Sonya Deville recently returned to SmackDown after being off television since SummerSlam. As Ringside News exclusively reported, this was a big secret for a lot of people.

Mandy Rose is on Raw now, so it’s not likely they will collide on television. The upcoming Royal Rumble event on January 31st does present some interesting possibilities.

You can check out their entire video below to see all of their behind-the-scenes activities.