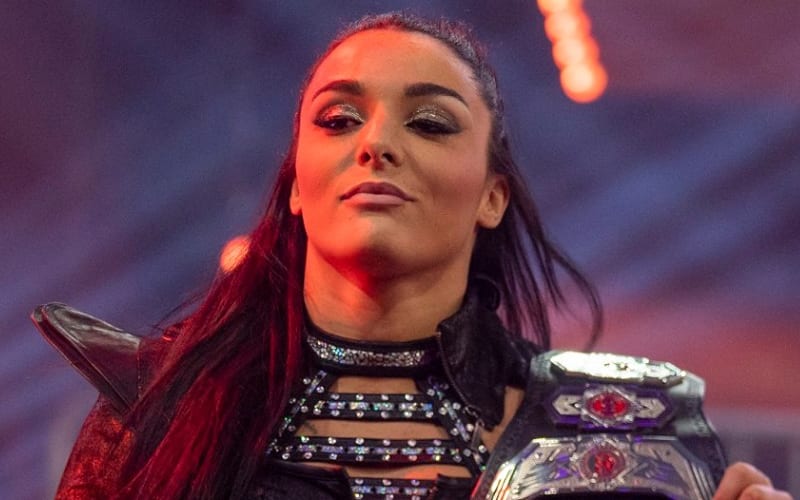 Deonna Purrazzo found a home in Impact Wrestling after her WWE NXT departure. She became the Knockouts Champion even before they had a written deal in place. Purrazzo proudly represents Impact Wrestling’s Knockouts Division despite any controversy surrounding the name.

The Virtuosa recently spoke to the Spencer Love of Love Wrestling show. The idea of changing the Knockouts name came up, but Deonna Purrazzo isn’t about that at all. She welcomes the empowering idea behind that name.

“Yeah! There’s been a ton of pushback, like, right when I started with Impact of the Knockouts name and I love it,” she said. “I grew up knowing them as the Knockouts. I never felt a negative connotation towards it as a fan. I just feel like a Knockout is beautiful, is sexy, is powerful, is strong – is a Knockout, literally. I like it.”

“I think it’s different. There’s other women’s divisions and everyone else is a woman, and I feel like it gets grouped in with the Diva era, but I think that the connotations and just the way that they were – I don’t know what the word I’m looking for – but the way that they were portrayed is completely different, what a Diva was and what a Knockout was, and I think Impact, and even when it was TNA, developed a really strong women’s division by branding them as Knockouts and then allowing them to be strong, powerful, sexy, top athletes in their company.