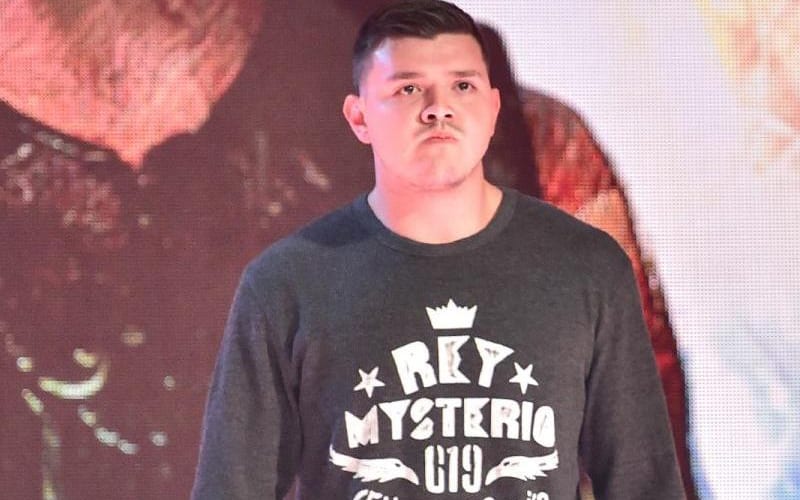 Dominik Mysterio’s entry in to WWE was met with a lot of praise, but he is looking to make 2021 even better. Dominik is moving to Florida so he can focus more on his training.

During Keepin It 100, Konnan said that Dominik is moving to Florida, either Tampa or Orlando, so he can train more. This will also eliminate traveling across the country for WWE’s weekly television tapings from the ThunderDome.

“Dominik is looking forward to making a move to Tampa or Orlando and start anew over there,” said Rey Mysterio. “He wants to take advantage of the ring opportunity and go to the developmental center. Overall, [Tyson Kidd] has a ring over there. He would benefit so much from being out there where everyone is at. He’s still in that learning process. It would be very helpful for him to make a move and start his own life on his own. For him to be in Tampa to train, it would pick up his momentum.”

“It would benefit me to be in Florida in general because I have the [WWE Performance Center] in Orlando and I can pick so many people’s brains there,” Dominik stated. “There’s [Tyson Kidd] in Tampa. I have so many options there to pick and choose from to be able to learn and be able to grow myself as a wrestler. I probably wouldn’t permanently move down there, it’d probably be temporary, just until I can get on my feet in California because I would hate to leave California.”

Dominik Mysterio was featured on WWE’s list of Superstars who will win titles in 2021. We will have to see what happens, but there is obviously a lot of hope that Dominik will follow in his father’s footsteps.

All of the Mysterios have been off television in recent weeks. Since Seth Rollins left television, their storyline seemingly went into limbo. 2021 could be an interesting year for Dominik as we see what WWE has in store.