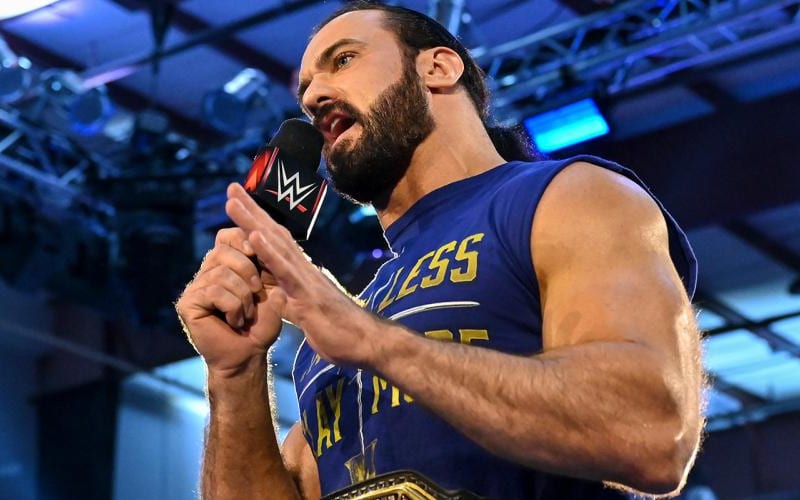 Drew McIntyre is WWE Champion, but he is currently rooting on another Scottish man vying for a World Title. This time he is cheering for Gary Anderson as he goes for a much different title in darts.

Gary Anderson is already a two-time Professional Darts Corporation World Champion. He picked up titles in 2015 and 2016. Drew McIntyre sent out a tweet to encourage Anderson as he goes for a third World Title this year.

Scotland could do with another World Champion. Good luck tonight, Gary Anderson.

Drew McIntyre is incredibly proud of his Scottish heritage. He is also well aware whenever someone representing his country receives a spotlight on a much bigger stage.

This is certainly a big chance for Gary Anderson to pull down his third World Title. Drew McIntyre was able to win the WWE Title twice in 2020, so they are currently all tied up in the World Title department.