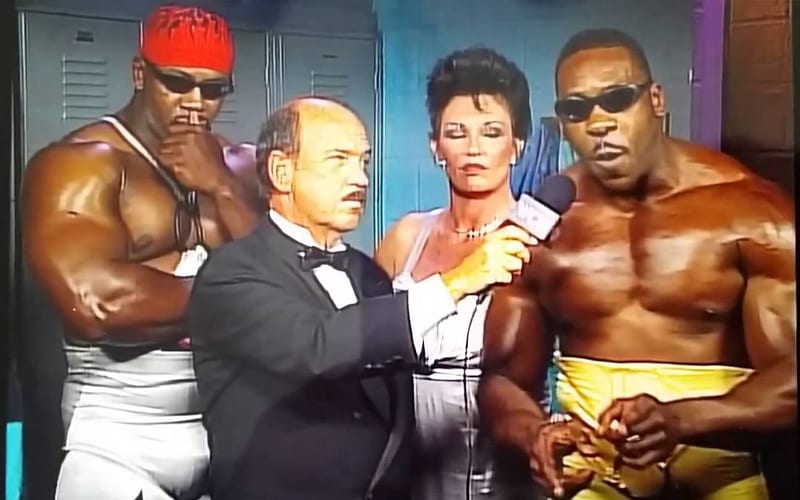 Pro wrestling is full of memorable moments and pieces of tape that will be remembered forever. Booker T calling Hulk Hogan the N-word ranks up there with one of the most played botches in pro wrestling history.

During his Hall of Fame podcast, Booker T talked about that famous promo from WCW Spring Stampede 1997. Booker T immediately regretted what he said, but he was very pumped up at the time.

Years later, that is not one of Booker T’s proudest moments, but it cannot be erased. He would still like to use it as a teaching tool for younger talent.

“You got to go out there and play the part, and for the longest time in professional wrestling, a guy told me a long time ago, you to be able to be the champion in the ring as well as out of the ring all the time, and you got to represent. And I took that to heart.”

“You got to understand, I’m from the neighborhood. I’m from the hood, and back then when I was younger, and when I was around my friends I would say things like that… the N-word. And it was just a word I would use on the regular. As I got older, and I started realizing what I was doing as far as people that look up to me, but I just flipped out on television. I was getting hot.”

“I was like a Baptist preacher! Good god! I was going to places — ‘Yeah!’ ‘Aww!’ ‘Yeah!’ And then it came out. And I was like oh my god, what am I doing? I got to back up here for a second because there again, I never wanted those people to see me in that light.”

“I never wanted those people to hear me use that term because there again, if I used that word, what gives me the right to tell them they can’t say it? I just felt like I let a lot of people down who looked up to me, and I did not want them to think that that was something that was OK; because it might mean the difference for them moving up the ladder at their job, or moving down the ladder or getting fired from their job. It is just real talk. It’s real talk. I caught myself in the moment, but it’s a moment that I wished I could’ve taken back. “

That moment can certainly never be taken back. Fans remembered it even before DVR was a thing, and the internet has made sure that it will live forever. Many videos exist online showing Booker T’s big slipup.