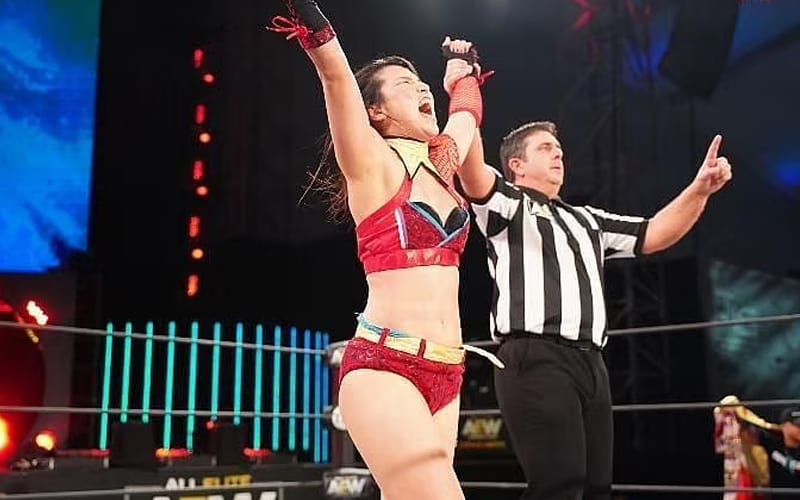 Hikaru Shida had a pretty good 2020, and AEW was very lucky she was in the United States when the pandemic struck. The current AEW Women’s World Champion is looking to make 2021 successful as well.

Shida recently revealed a list of her 2021 goals. Retaining the AEW Women’s World Title wasn’t listed in her goals, but that should go without saying.

・Promo in the ring.

・appearance on some media in the US.

Hikaru Shida has been working on her English, and she has cut a few backstage promos. Her goal is to get a microphone in an AEW ring by the end of 2021. More media appearances in the United States would also be a great opportunity to sharpen her English skills.

We’ll have to see if Shida is successful in all of her 2021 goals. Perhaps Tony Khan could put in a call to Benedict Cumberbatch’s people to arrange a meeting for Shida.