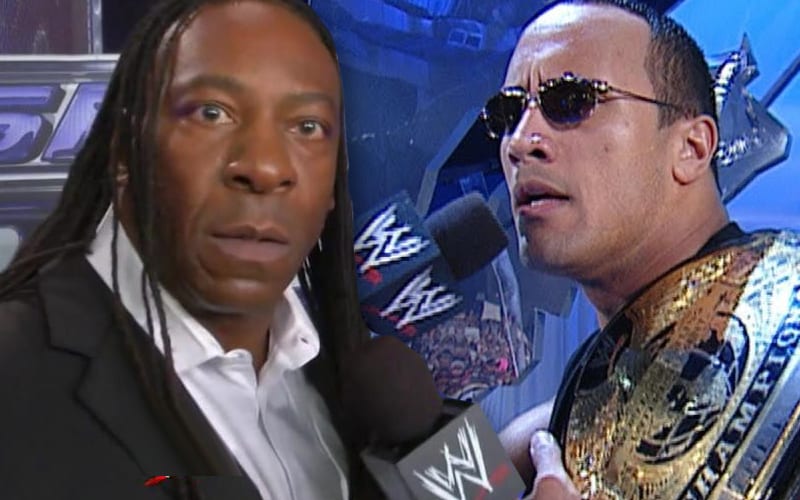 The Rock is a world famous face at this point, but he might have borrowed some of his most famous phrases to help him along the way.

While speaking to Chris Van Vliet, Booker T said that The Rock stole a number of his catchphrases. This came about when CVV asked Booker T about who had the Rock Bottom/Book End move first.

“I had [the Book End] first. I’m not gonna sit here and go back and forth whether it’s disputed or not. I was the first one to do the Book End. I didn’t call it the Book End, then The Rock stole it just like The Rock stole a bunch of my catchphrases. I’m serious. He really did.”

When Booker T was asked which catchphrases The Rock stole, he said, “I’m not going to go there.” The catchphrases that The Rock stole from Booker T will remain “untold stories” from the locker room. He said there’s an “unwritten rule” not to publicly call out such things.

Booker T did later say: “if you smell what I’m cooking.”

The Rock apparently performed some gimmick infringement to help him become the most electrifying sports entertainer of all time (according Booker T). You can check it out below. Booker T starts talking about The Rock at around the 38 minute mark.