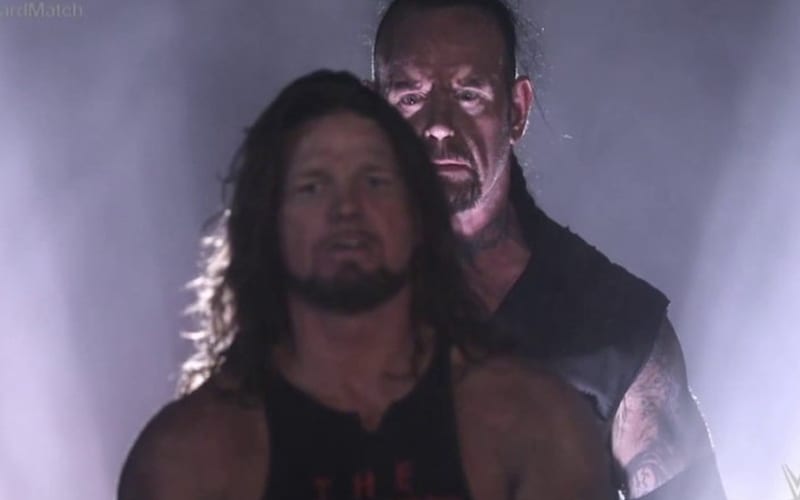 AJ Styles and The Undertaker battled at WrestleMania 36 in a Boneyard Match. That encounter is likely The Deadman’s final as he gave his Final Farewell during Survivor Series.

While speaking to INT Wrestling, AJ Styles said that he shouldn’t have picked a Boneyard Match for his battle with Taker. That match is too much in The Deadman’s wheelhouse.

The Undertaker’s in-ring career is likely over, but he left a legendary legacy in the squared circle. AJ Styles never got to face The Undertaker in the ring, but he did battle in the Boneyard. It might not have been under the circumstances that AJ Styles would have preferred, but the Boneyard Match still created a big WrestleMania moment.