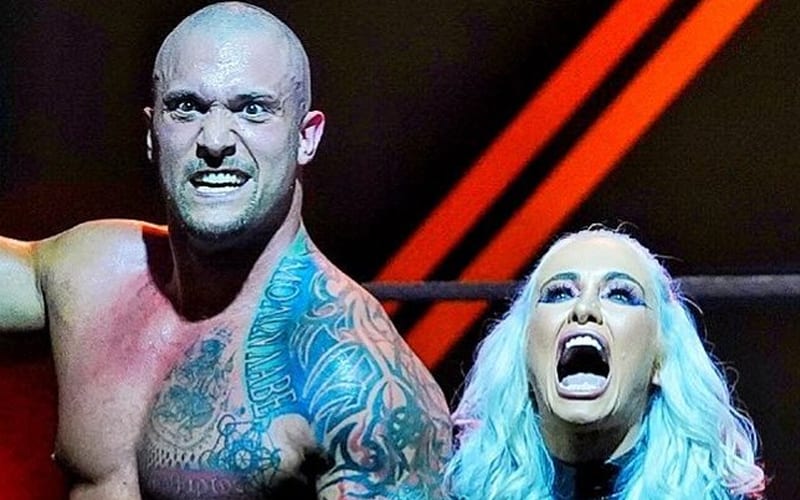 Kross made his return to NXT television earlier in the month. He brutally attacked Damian Priest and is now engaged in a feud with the former NXT North American Champion.

Scarlett also commented on the tweet, where she simply used an emoji that signified her ‘evil’ intentions.

Karrion Kross is set to square off against Damian Priest at New Year’s Evil next week on January 6th, 2021.