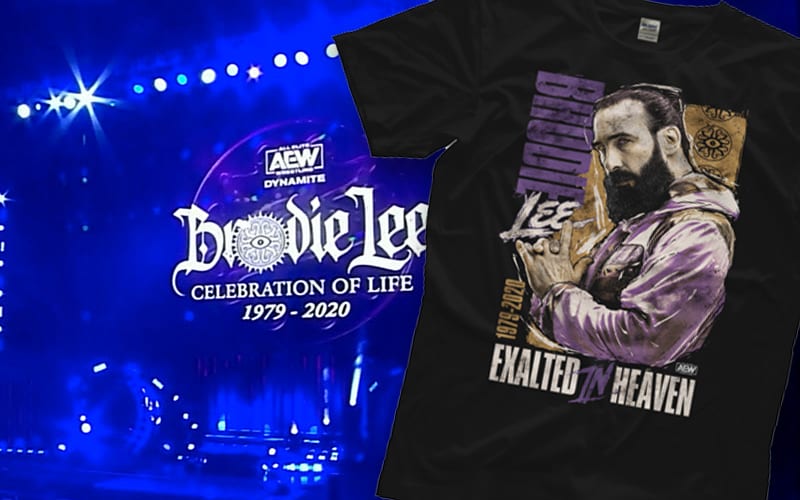 Original: Brodie Lee is gone, and his memory will live on. His merchandise will also appear on the backs of pro wrestling fans for years to come. AEW released a Brodie Lee tribute t-shirt and it smashed a new sales record.

AEW is known for their t-shirts. Fans expected a Brodie Lee tribute t-shirt, and they got one. That t-shirt was also incredibly popular.

PW Tees announced that less than 30 days after Sting broke their 24 hours sales record, Brodie Lee’s tribute t-shirt smashed it by the end of AEW Dynamite this week.

Less than 30 days after Sting beat our record for most shirts sold within 24 hours. Mr. Brodie Lee broke that record before the end of Dynamite after less than 2 hours. All proceeds from this shirt go to benefit the Huber Family.

Brodie Lee’s legacy will live on forever. His legend will only grow as stories of the man he was continue to be shared. Everyone loved Brodie Lee. He was just as smart as he was strong, funny and charming as well.

The reactions throughout the pro wrestling world to AEW’s Celebration of Life were also amazing. Now this sales record only further proves just how much he meant to so many people.