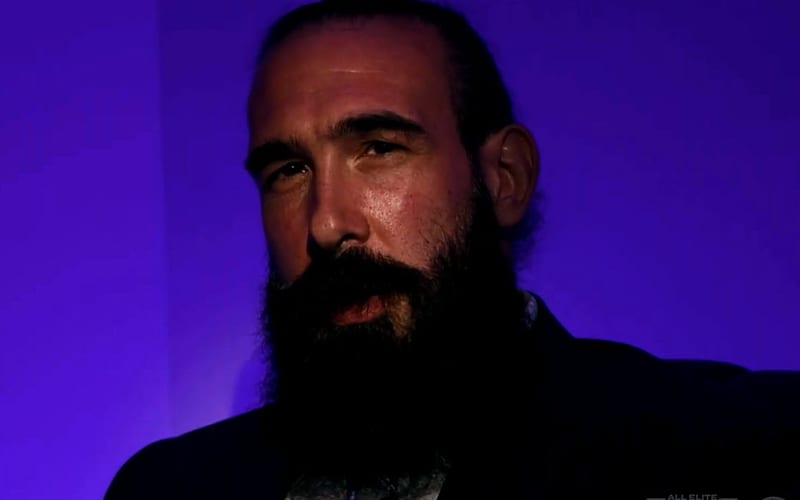 AEW Star Brodie Lee passed away recently at the age of only 41 due to lung issues that were not related to COVID-19. His loss is still being felt as several wrestlers from all over the world continue to pay tribute to the former TNT Champion. Now it seems WWE Hall Of Famer Mick Foley has also paid a touching tribute to the former Luke Harper.

Foley took to his Facebook, where he made a post, celebrating the life of Brodie Lee. Foley said that fans did not get to see Brodie Lee in his prime as he was taken away from the world far too early.

The Hardcore Legend especially praised Lee as a family man, stating that the very best part of Lee was saved for his wife and children.

I did not know Jon Huber as well as many of his colleagues in WWE. I saw him working Indie shows in upstate New York around 2010, and knew he had potential. I called him by his Luke Harper ring name for most of the time I knew him. I was so happy for him when the Wyatt gimmick broke big – but even with the success of that gimmick, as time went by I could sense that there was part of Jon that was looking to prove himself on his own.

Following Jon’s death, I looked back on our messages and saw that we had exchanged a series of messages in 2019 when he was considering leaving the company. I mentioned that as much as I loved WWE, I understood there were times that a performer who felt like they had more to offer might need to leave it. I last saw Jon on October 8, 2019, when he joined me on stage for the Q&A at my event in Buffalo. He felt like he had the weight of the world off his shoulders and was ready to show the world what he could do on his own.

He was doing exactly that on a weekly basis – really coming into his own as a main event performer, doing things his own way, on his own terms. I was thinking how tragic it was he was struck down by illness in the prime of his career. But looking at this promo – possibly the last promo of his career – I don’t think we had actually seen John Huber in his prime. I really believe the best he had to offer was yet to come.

By all accounts, the very best part of John Huber was that of a loving husband and a doting father. I think that’s what everyone who spent time around him felt in their hearts; as great as he was in the ring, and as great as he was on the verge of becoming on the microphone, the very best part of him was reserved for his wife and children. I saw that part of Jon on a few occasions. I did a little appearance at SummerSlam 2015, and then basically just hung around catering, watching the rest of the show on the monitor. It was the day after that epic Sasha Banks/Bayley match at Takeover in Brooklyn, and I remember talking to The Boss as she bounced Jon’s son on her knee as Jon looked on – the proudest father you will ever see.

Rest in peace, my friend. You are very much missed.”

It is certain that many more fans and wrestlers alike will pay tribute to Lee and truly appreciate the man for what he really was – a great wrestler and an even greater father.

Foley is also donating all of his merchandise sales to Brodie Lee’s family.