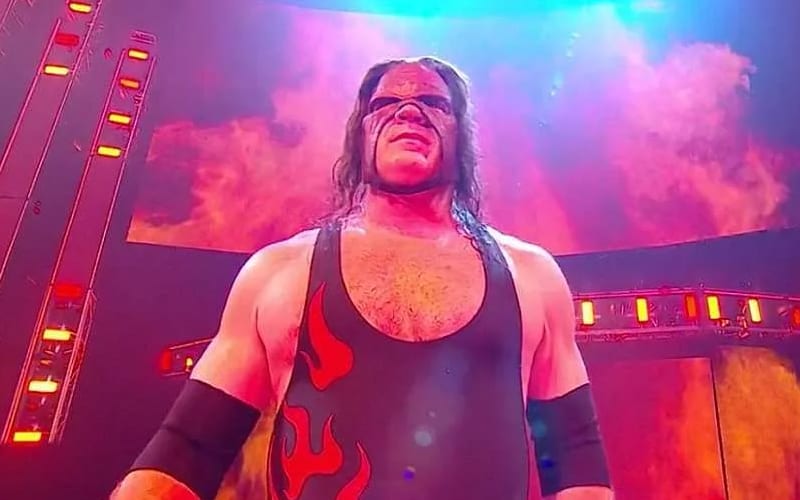 The Undertaker’s Final Farewell was a huge moment that capped off the 2020 Survivor Series event. Plenty of people returned to the company to honor the Deadman. Kane was there too, and he was in his full ring gear unlike everyone else.

Two Man Power Trip of Wrestling recently spoke to Kane where he revealed why he was the only wrestler who came out dressed as his character. This was by design because “Kane is Kane.”

“I was supposed to be (in gear). Kane is Kane. Kane and Undertaker pulled back the veil so much that sometimes we forget that, but that’s what separates them from a lot of the other performers is that they are true characters. I know people speculated with that, but it was the plan all along. It’s one of those things where people speculate and out-think themselves.”

“It was excellent, it really was. It was the way it should have been done. WWE always does stuff like that first-class. Just looking back on his entire career and the video and the Paul Bearer [hologram], it was well done. Even backstage with a bunch of tough wrestling guys, there weren’t many dry eyes.”

Kane’s in-ring career is not over yet, but he is also very distracted by his duties as Mayor of Knox County, Tennessee. That position might not last forever, so he can always come back to the ring for another run if he decides to. At least we know he still has his ring gear.

Thank to Fightful for the quote