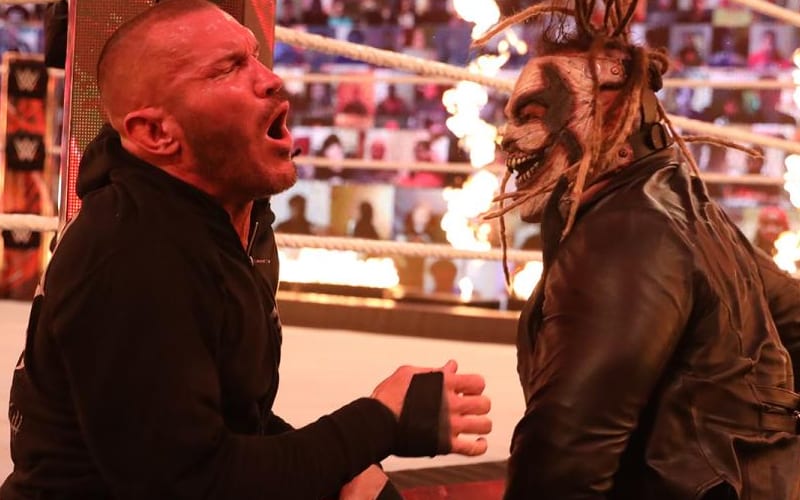 WWE’s cliffhanger ending on Raw this week caused a lot of questions. That was by design, and there is more to come.

Ringside News has learned that WWE plans to run another Bray Wyatt’s Fiend vs Randy Orton match at the Royal Rumble on January 31st. We were told it will be another crazy gimmick match.

WWE has a few matches on the grid for the Royal Rumble event. There is no guarantee that the company wait that long for any of them. They have a tendency to pull the trigger on matches well before they’re supposed to actually take place.

We were explicitly told, “Randy Orton vs The Fiend in another gimmick match will happen at the Rumble.”

We have been told that Randy Orton vs Bray Wyatt is one match that is going to happen at the Royal Rumble. The only thing that would keep that match from going down is if something unforeseen arises.

WWE has a lot of plans for 2021, and they are going to let Orton and Wyatt’s twisted feud carry over to the Royal Rumble event.