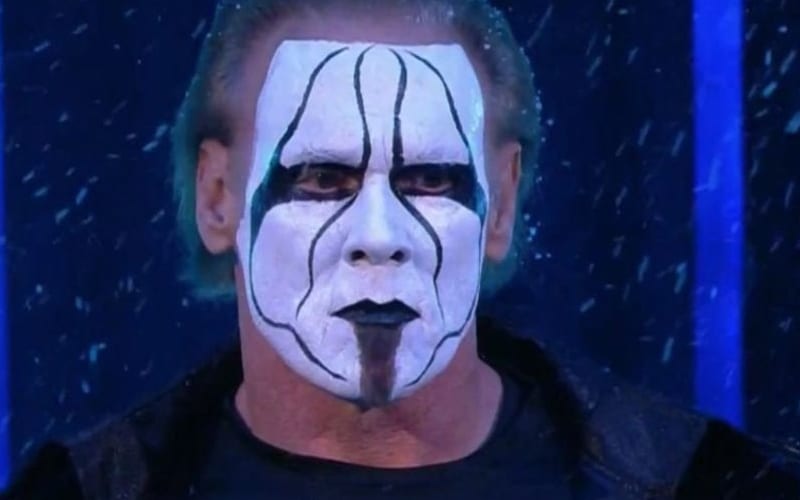 Sting arrived in AEW, and the option is now available for him to wrestle again. Odds are if it happens, Sting will wrestle in a cinematic match. This is something that he agreed to with Tony Khan.

During an interview with Chris Van Vliet, Booker T spoke about Sting’s arrival in AEW. The two-time WWE Hall of Famer said that he doesn’t think Sting needs to wrestle in AEW. He’s 61-years-old, and the 55-year-old Booker T really advised against it.

“For Sting to want to have a match, I wouldn’t advise it. Okay? At 61 years old. I wouldn’t advise it. Is it worth it? I don’t know. I mean to him, it might be worth it. But I say wrestling is a young man’s sport, that’s why I got out. I said I was going to retire when I was 40 and when I turned 40 I was like, ‘I’m still pretty good, man. I’m still better than the rest of these suckas on the roster’. So I pushed it until I was 45 and then I walked away from it. And I tell you, I don’t ever itch to put my boots back on to go out there and do that ever again.”

Sting could be gearing up for a match in AEW. Team Taz seemed to present themselves as opposition, and Sting’s apparent alliance with Cody Rhodes and Darby Allin could be a very interesting addition to this story. We’ll have to see what 2021 has in store, but Sting seems willing to mix it up again whether Booker T wants him to or not.