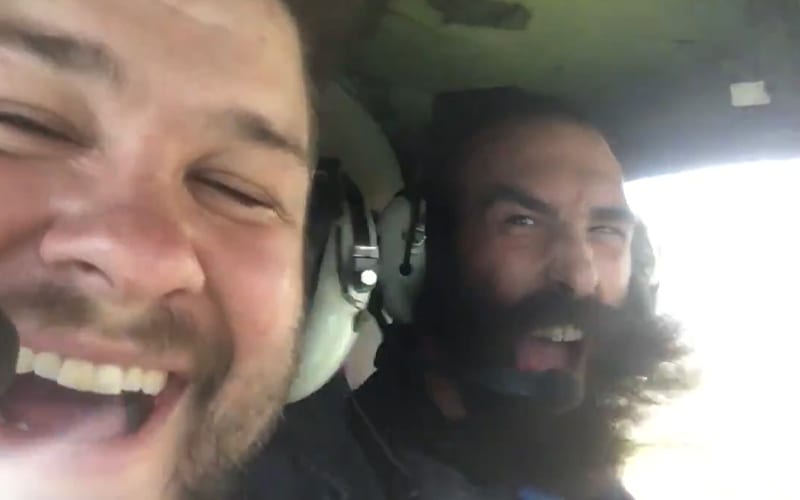 Brodie Lee passed away far too soon. His legacy will live on through everyone he knew, and all those who remembered the fun loving and caring man he was. Kevin Owens will never forget his friend, and he misses him.

Owens dropped a video on Twitter from a 2017 Hawaiian trip. He went on a helicopter tour with Kofi Kingston, Sami Zayn, Xavier Woods, and Brodie Lee. They had a blast, and the smiles on their faces were plastered on the entire time.

After going through old videos and photos, Kevin Owens ran across this video of himself with Brodie Lee as they shared a helicopter. It was an experience he will never forget, and Owens is very happy he kept that video as well.

Before a show in Hawaii back in 2017, Brodie, Sami, Kofi, Xavier and I went for a helicopter tour.

Brodie and I were in the same helicopter. I went back last night to look at the videos and pictures from that day.

This still makes me laugh as much now as it did when I took it.

Brodie Lee’s death hit the entire pro wrestling industry very hard. Tons of people reacted in sadness after news of his passing broke. His memory will live on, and the dedications are likely to keep coming as well.

Please check out the video below, thanks to Kevin Owens, for a much happier memory from the former Luke Harper.