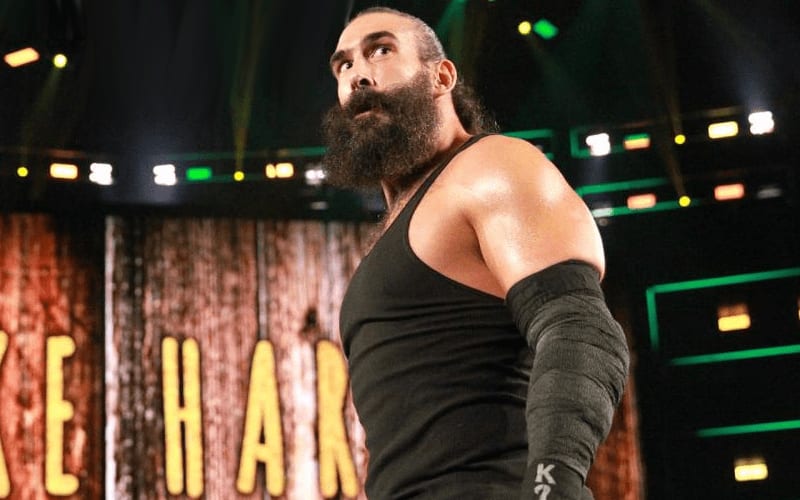 Brodie Lee passed away this week. He was only 41-years-old. He left a wife and two children behind him. He also left a ton of amazing stories along the way.

Brian Nguyen tweeted out a great story about pranking Brodie Lee. This was back when Lee was known as Luke Harper, and he had a proclivity to stare at the ring post before he entered the ring.

In two separate tweets, Brian Nguyen revealed how he pranked Brodie Lee, and then the future AEW TNT Champion proceeded to get his revenge.

“Knowing that he did this every time. I once stuck a “Suck It Harper” sticker on the post right at eye level. He lost it”

“After the match he proceeded to rip off turnbuckle covers and carried the steps up the ramp knowing I had to fix everything.”

WWE referee Jason Ayers added his own story about how much Brodie Lee enjoyed messing with them.

I lost count of how many times he took our tag ropes off and threw them into the crowd. To get him back, on one show, @WWERobinson and I taped the tag ropes together, using about half a roll. I’ll never forget his face as he spent the entire match on the apron tearing off tape.

Brodie Lee is gone, but he will never be forgotten. Stories of Brodie Lee are popping up all over the Internet Wrestling Community, and they all tell the story of a man who loved pro wrestling and having fun with those around him.