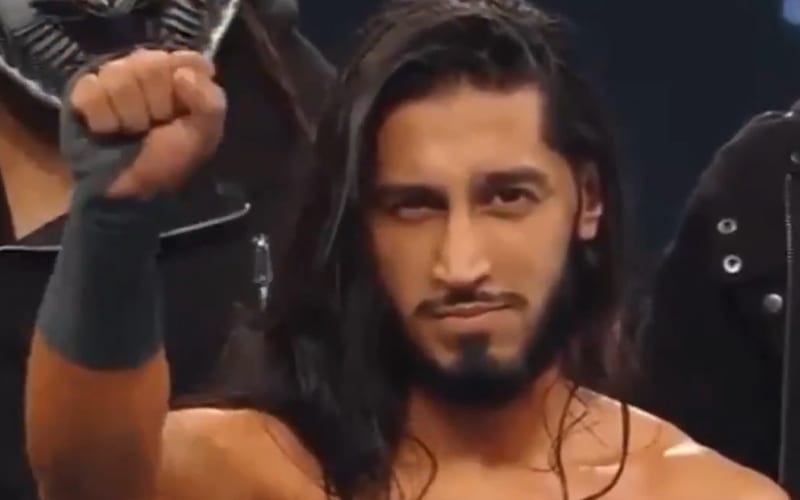 Retribution isn’t everyone’s cup of tea, and one fan was pretty proud when T-Bar blocked him. When he started to brag out that block, Mustafa Ali had to cut him down to size.

One fan tweeted out a photo of a screenshot showing that T-Bar smashed the block button on him. He said: “#ProTip, how to defeat Retribution: Tell them that they’re an underwhelming flop faction, and they block you and run away.” He then tagged everyone in Retribution and concluded with: “‘Butthurt’ as Americans say. Shame, I LOVED Chris Dijak as Dijakovic!”

Mustafa Ali couldn’t let this fan have the win. So, he fired off a tweet that took a shot how this fan looks while focusing on the size of his forehead. This was followed by another, even more useful, pro tip.

How do you get online and talk sh*t when you got a big ass forehead like that? I can park a f’n Volkswagen on that thing.

Retribution is not going away. The plan is for their pursuit of Ricochet to continue even longer, but you also never know when plans can change in WWE once again. It appears that the stable is still fully united both in the ring, and on social media.