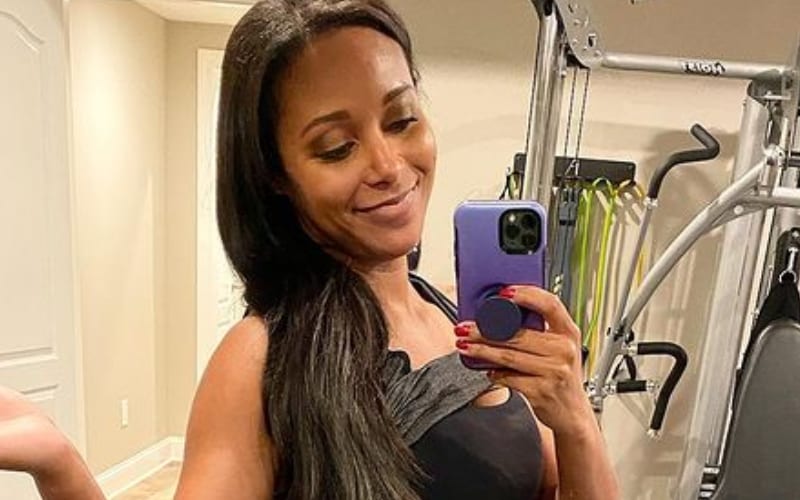 The Nightmare Family is set to grow by one, because Brandi Rhodes is pregnant. This was a very happy announcement which will be undoubtedly followed by many photos to keep fans up on her progress.

Rhodes uploaded a new photo on Instagram to show off her baby bump. This photo was taken in the gym, so she’s not staying off her workout routine just. She might not be able to go as hard in the gym for a while.

“Kid’s really taking up some space,” Rhodes said in the new photo. She had a very happy look on her face.

Brandi Rhodes might not be back on AEW television for a while. She was in a feud with Jade Cargill, but it seems that someone will have to wrestle in her place, at least for the next nine months or so.