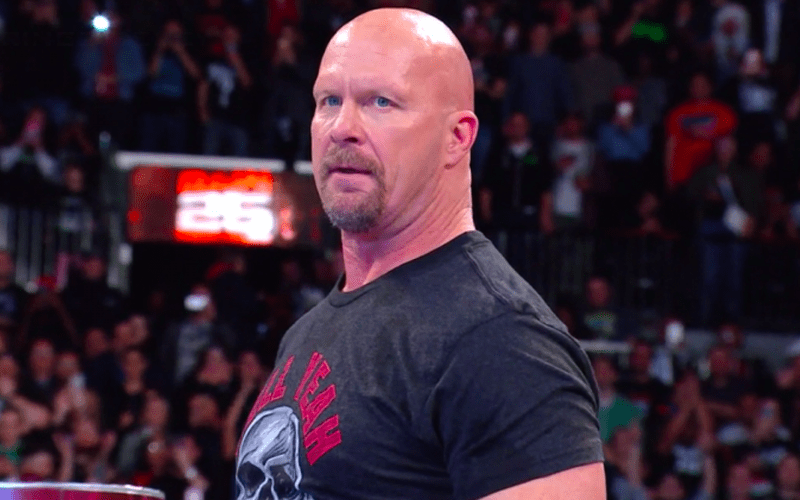 WWE Hall Of Famer ‘Stone Cold’ Steve Austin is arguably the most popular Superstar in the history of the company.

Austin had to retire from in-ring competition back in 2003 due to injuries he suffered throughout his career. Since then Austin has made several appearances in WWE over the years.

However, there are still those who believe Austin might be able to return to the squared circle. Former WWE Champion Rob Van Dam is certainly one of them, as he recently spoke to Thibaud Choplin. There, he discussed the possibility of Steve Austin returning to the ring.

According to RVD, Austin making an in-ring return is definitely possible as there are wrestlers who are more than 70 years old and still compete in the ring.

“It’s definitely possible. If he wants to do it, I think he definitely could do it. You know what I mean? It’s an environment that’s controlled enough… I’ve seen guys that are in their seventies that are still wrestling sometimes, and it’s not an issue, really. I don’t know why he would want through. I mean, he’s very successful. He’s making so much money, and it seems like he’s still on roll, like once a month or something. Anyway, I’m sure it’s not that often, but even if he’s been away and hasn’t wrestled in a while he’s been on the show often enough to still have that value. And he always will have that value because he’s an icon,”

Steve Austin’s last match came at WrestleMania 19, where he lost to The Rock. Since then he kept himself busy with various projects and also his current Broken Skull Sessions podcast, where he has invited several WWE Superstars.