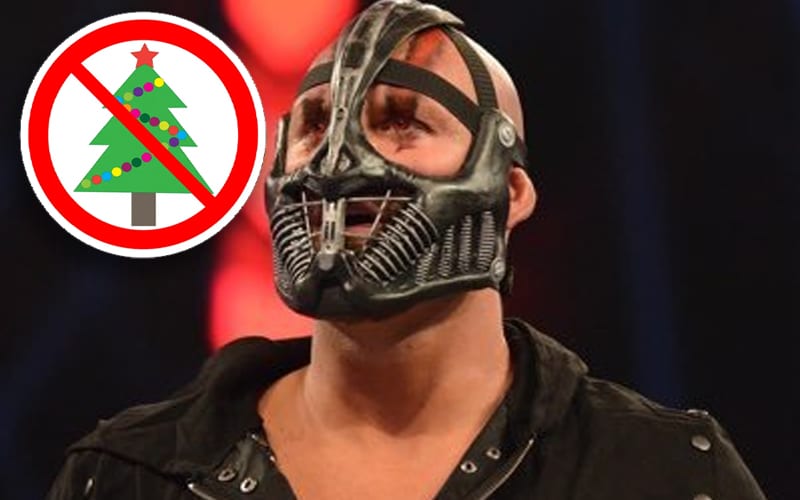 T-Bar isn’t afraid to call out injustice when he sees it. This includes cancelling the most wonderful time of the year. Christmas is coming, but T-Bar wants to shut it down.

It’s no secret that the meaning of Christmas has been greatly lost thanks to commercialism. T-Bar called out the selfish greed and gluttonous activities that surround the Holidays, and he didn’t hold back at all.

T-Bar said that “enough is enough” and it’s time to cancel Christmas. He’s not a fan of the “reprehensible scum” indulging themselves on this festive holiday at all.

You reprehensible scum love to indulge in this system that breeds contempt.

Cancel Christmas: SHUT IT DOWN.

Retribution arrived in WWE to destroy the company from the inside. They might have their eyes set on tearing down more traditions. Let’s see which holiday is next, but Christmas is still going as planned for a lot of people who would rather ignore T-Bar’s demands.