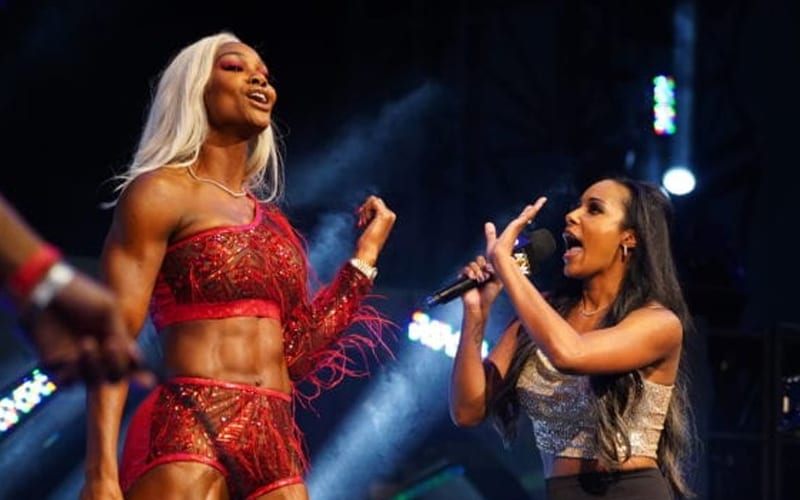 During this week’s episode of AEW Dynamite, Jade Cargill called out Brandi Rhodes for taking time off due to her pregnancy. Cargill demanded Rhodes find her an opponent that is worthy of Cargill’s time as she is tired of waiting.

After seeing hearing these remarks, Brandi Rhodes took to Twitter and commented on what Cargill said.

. Looks like the balls in @SHAQ ‘s court. #AEWDynamite

Cargill saw her tweet and gave a prompt reply, where she said that Brandi Rhodes is not worth it. Cargill added that Rhodes did herself a favor by getting pregnant, alluding that fans agree with what she said.

Lol. You weren’t worth it. You did YOURSELF a favor being pregnant. I’m sure everyone can agree. NOW, time is ticking

I want my match. Make it grand.

Rhodes responded back to Cargill, where she said that Cargill’s head is filled up with air and that she should go lay down.

Time is ticking? I didn’t know time did that I thought a clock did. Your head’s filled up with air again. You should go lay down.

It seems the feud between Brandi Rhodes and Jade Cargill is far from over. We will have to see what AEW will have planned for the storyline.