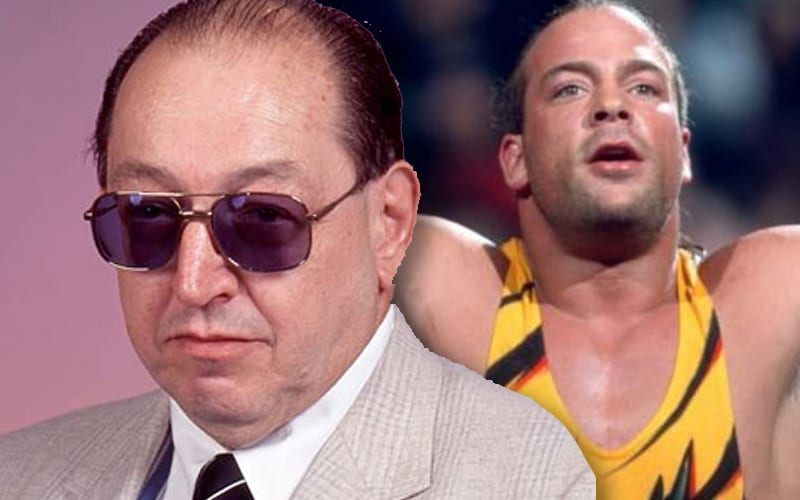 A lot of your favorite pro wrestlers will take jobs as extras and enhancement talent as they are making their way up. The same was true for RVD, but he had a bit of fun with it.

In a recent Instagram post, Rob Van Dam revealed that in 1992, when he was just getting his name going, he was an enhancement talent for WWE. The Whole F’n Show didn’t want to use his own name, so he came up with another: Matt Burn.

That punny name wasn’t called out by anyone backstage, but Gorilla Monsoon did give RVD a hard time over his ring attire. Monsoon was pretty irritated by the young RVD’s choice of dress.

So… in. 1992 Pat Tanaka hooked some of us boys from the Tampa Sportatorium up with jobs while the WWF was touring through. I thinks I got paid but didn’t work, then booked the following week in Biloxi. $150 bucks a shot was AWESOME compared to the $35 bucks I was making every Thursday at the Sportatorium.

My problem was I didn’t want anyone to recognize me. I knew I was there to make the other guy look good, and although I hadn’t been wrestling long, I had a little magazine exposure as Rob Van Dam and I was planning on running with it. So, I wore a shirt( inside out) and my og blue trunks, let my hair down and called myself Matt Burn for an inside joke.

After a quick match with the Mountie, some agents were complimenting my bumps when Gorilla Monsoon noticed my shirt. “We’re you wearing that in the ring? What’s the matter with you?!!” He was pissed and wanted to boot me in the ass! Lol They never did notice the irony of the name tho

RVD and The Mountie had their match, and then Matt Burn was never seen again. Years later he did appear on WWE television, but he had a much different role. It was a brief moment in RVD’s career, but it was $150 and a story that he’ll never forget.