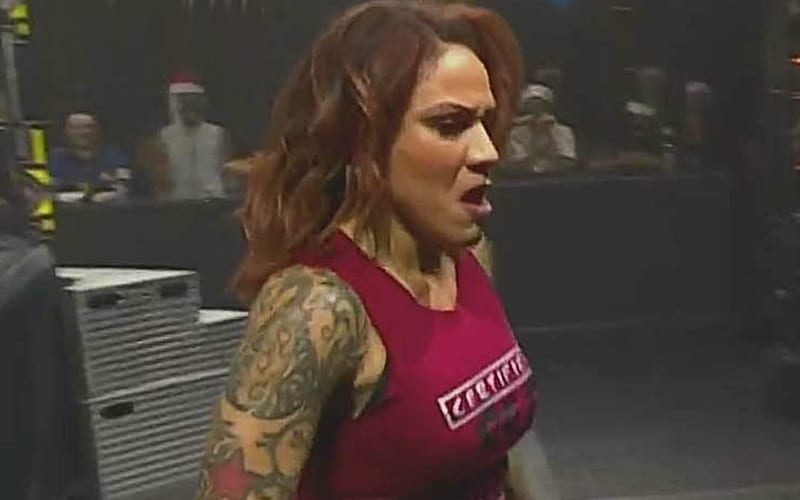 Mercedes Martinez was a part of Retribution on the WWE main roster. She vanished from that role, and later explained why. She didn’t stay off television for long.

Io Shirai came out this week on NXT with intentions of calling out Toni Storm. That plan did not work out at all. Instead, Shirai was blindsided by Mercedes Martinez.

Mercedes Martinez beat Io Shirai around the ring, and pulled her to the outside. She whipped her against the barricade and continued the assault until her point was made. This was a big statement to make on her return to the black and gold brand.

We’re not sure what happened behind the scenes, but Mercedes Martinez was a part of Retribution, and now she is back in NXT.