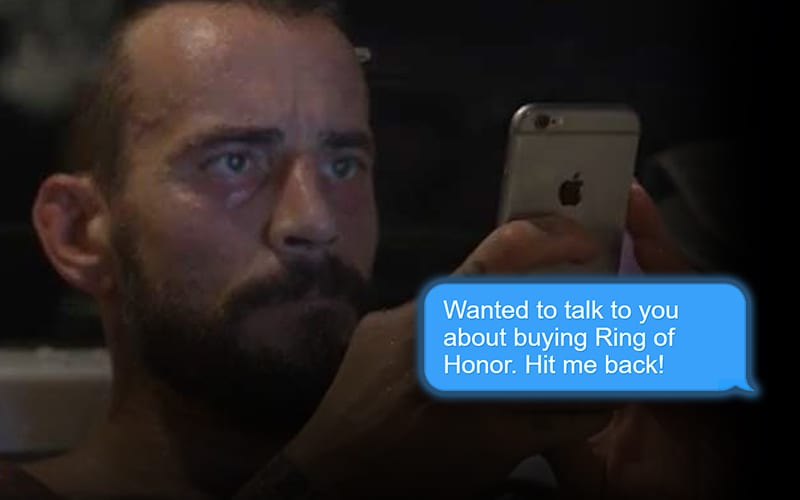 CM Punk isn’t wrestling anymore, but if a deal went down differently a decade ago he might own a pro wrestling company. Apparently, he wasn’t offering much at the time.

ROH Strong podcast recently spoke to Carey Silken who revealed a very interesting text message he received in 2010. CM Punk, while he was a WWE Superstar, texted Silkin and asked if he would be willing to part with ROH.

“I get a text message in like 2010. CM Punk texts me out of nowhere and is like, ‘What would you want to sell Ring of Honor?’ I’ve hustled tickets on the street and have had a somewhat successful business. I don’t think text messaging is the way to approach sales of companies. That first text message might be, ‘I’d like to talk to you about something.’ Those were my only two real offers…they weren’t real. Those were the only two rinky-dink offers I’ve ever had.”

Carey Silken wasn’t interested in the “rinky-dink” offer from CM Punk. The previous one he received was from Jerry Jarrett a few years prior. Neither offer was enough to convince Silken to sell Ring Of Honor.

A story like this makes you have to wonder how different the pro wrestling world would have been if Carey Silken took CM Punk on that offer.