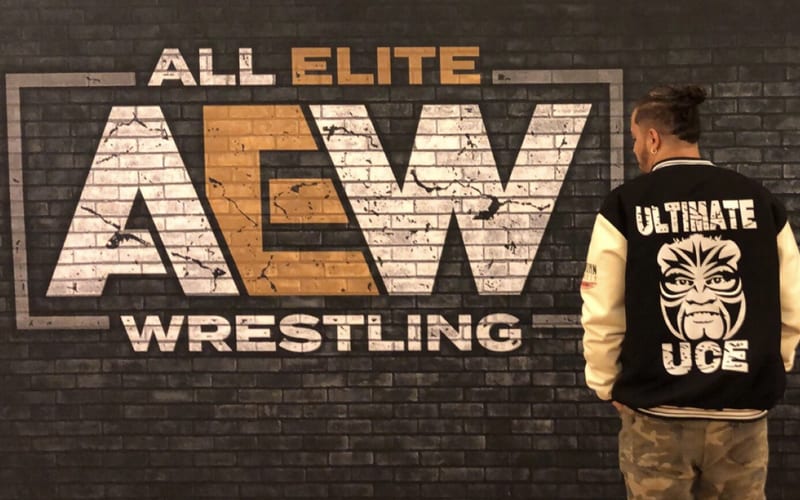 AEW has a lot of stars on their roster with great potential. They could be close to bringing in a member of the Samoan Dynasty.

Sefa Fatu is Rikishi’s youngest son, brother to The Usos, and cousin of Roman Reigns and The Rock. He started his pro wrestling career in 2018, and has worked for some indie promotions including GCW. Fatu recently caused a lot of fans to look his way.

Fatu, who is also called “The Problem,” posted a photo in front of an AEW logo. That wall should be very familiar to any AEW fan.

We’re not sure how close AEW is to having Sefa Fatu wrestle, but the fact that they had him in is very interesting.

Fatu never wanted to wrestle, instead he wanted to play football. He was a standout as a defensive lineman at Dickinson State University, but he went into pro wrestling when his career on the gridiron ended.

Fatu started wrestling at his father’s KnokX Pro Wrestling in California in 2018. He continued picking up dates, and now he is teasing a big move to AEW. Stay tuned, friends.