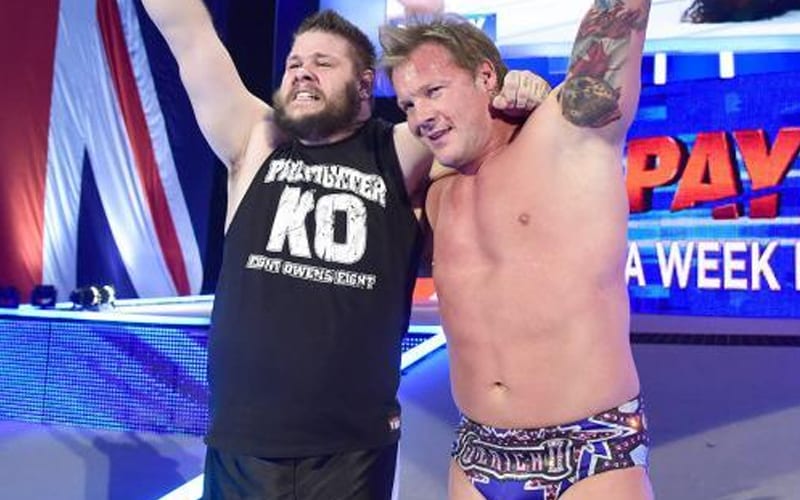 Chris Jericho and Kevin Owens were best friends on WWE television just a few years ago. Now they are in different companies. Owens didn’t have any backup at WWE TLC, but things would have been different if Y2J was still around.

Le Champion saw Kevin Owens’ explanation about why nobody helped him at WWE TLC. He blamed his past sins for this, and the fact that the Riott Squad had the night off.

Chris Jericho tweeted back to his former tag team partner saying that he would have made the save if he was still around WWE.

I would’ve made the sizzave brother….

Chris Jericho and Kevin Owens might never work in the same company again. We’ll have to see what the pro wrestling world gives us as time goes on. Both of them are in the middle of multi-year contracts with their respective companies.

If Kevin Owens ever finds his way to AEW, he might make a fine addition to the Inner Circle.