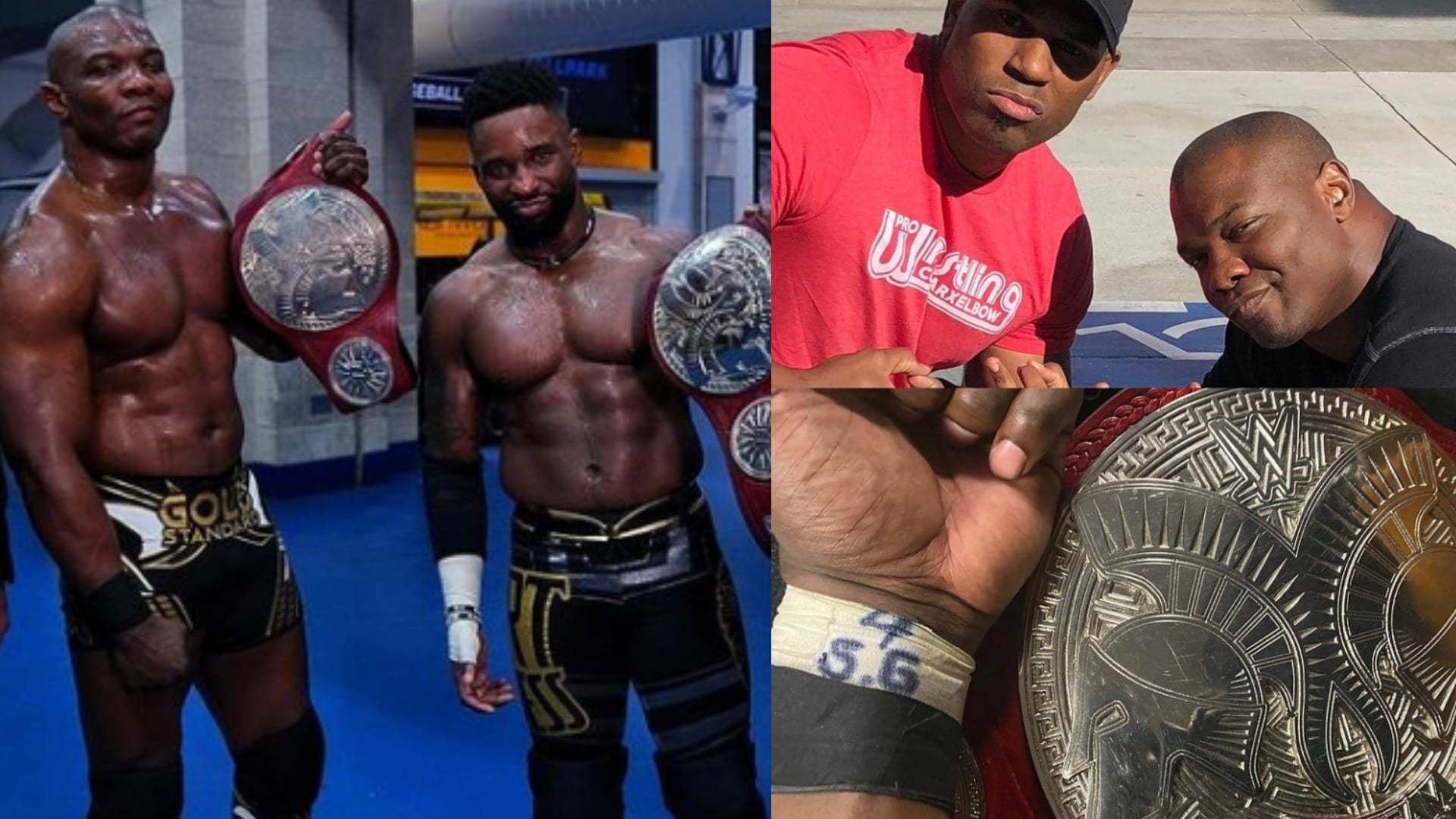 Shelton Benjamin and Cedric Alexander of The Hurt Business squared off against The New Day’s Kofi Kingston and Xavier Woods for the Raw Tag Team Titles at WWE TLC.

Following their huge win, Shelton Benjamin took to Instagram and made a post, paying a tribute to his friend Shad Gaspard. Benjamin dedicated his title victory to his late friend. Gaspard tragically lost his life in May of this year after he gave his life to save his son following a swimming accident at Venice Beach.

He uploaded a picture of himself with Gaspard and another picture where Benjamin showed his new Rag Team Team Title and his wristband that read ‘4 S.G’, which meant ‘For Shad Gaspard.’

This was certainly a touching tribute for Shad Gaspard, whose courage shall never be forgotten.