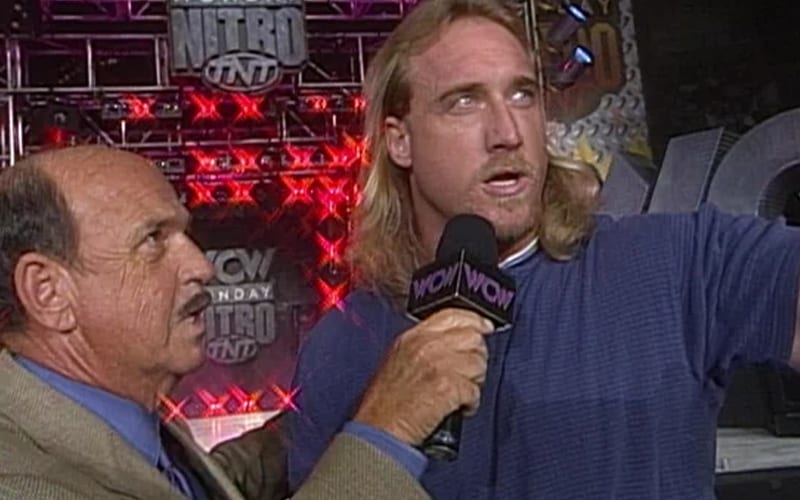 We are very sad to learn about the passing of Kevin Greene. No cause of death has been release at this time. He was an NFL Hall of Famer, but Greene also contributed to the pro wrestling world.

The man, who was best known for playing pro football, also had a couple stints in WCW. He was a tag team partner for Steve McMichael, but McMichael turned on Greene to join the Four Horsemen.

Green left WCW for several months after getting turned on by McMichael, and he later returned to have a singles match where he got his revenge.

In May of 1997, Kevin Greene returned to team up with Roddy Piper and Ric Flair to take on the nWo’s Kevin Nash, Scott Hall, and Syxx at Slamboree. Green, Piper, and Flair won that match.

Kevin Greene’s final WCW match saw him team with Goldberg in 1998 against the nWo. Greene could no longer wrestle once the NFL started requiring a “no wrestling” clause in their contracts. Odds are he would have continued wrestling if he was allowed.

Our hearts go out to Kevin Greene’s family, fans, and friends during this very sad time.