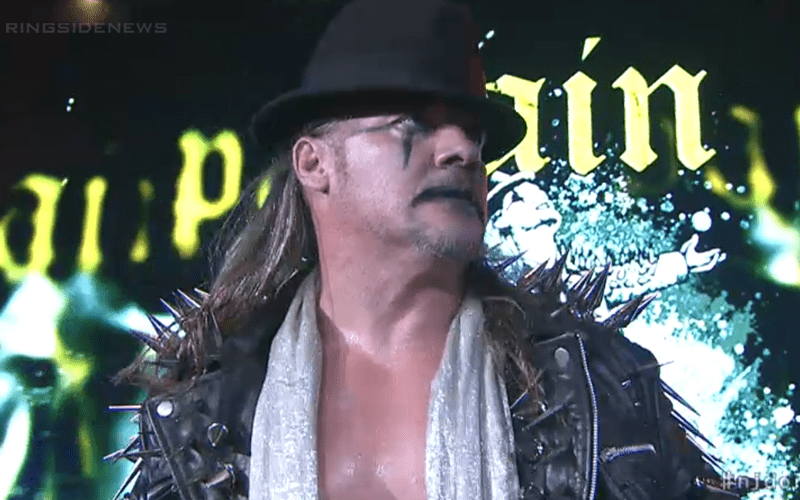 Chris Jericho is arguably one of the top stars in AEW and is currently the leader of The Inner Circle faction. He is a veteran in the world of professional wrestling and has competed in several promotions including NJPW.

Jericho made headlines when he announced in 2017 that he was going to challenge Kenny Omega for the IWGP United States Championship at Wrestle Kingdom the next year.

AEW Champion Kenny Omega and ‘The Invisible Hand’ Don Callis recently spoke on Jericho’s Talk Is Jericho podcast. Various topics were discussed during the podcast. Among them, Jericho talked about his Wrestle Kingdom 12 match against Kenny Omega.

Jericho stepped out of his comfort zone in WWE and ventured into unproven grounds when he came to NJPW. The Japanese promotion was an entirely different level of star positioning for him.

Le Champion revealed that at that time, he was worried fans in NJPW did not remember him as Jericho had last competed in the promotion back in 1997.

“There’s a certain atmosphere in WWE” Chris Jericho would begin. “It is what it is and I enjoyed it there for my time there. But this (New Japan) was a whole different level of…star positioning, shall we say. Positioning me in the main event of the Tokyo Dome with Kenny who is a proven huge star in New Japan.”

“Me? I’d not been there since 1997 when I was doing jobs for Kanemoto, whoever the hell it was…El Samurai?” Jericho would continue. “So for me to go there? People kind of knew who I was, but not really, unless you were a fan from 20 years prior. So I had to start from scratch. They might know the idea of what Chris Jericho is, maybe heard the name or seen some matches, when WWE came to Japan to do Sumo Arena? But this was a chance for me to prove myself on a completely different level.”

Jericho would go on to have a great run in NJPW, as he competed against the likes of Hiroshi Tanahashi and Tetsuya Naito, the latter of whom he defeated to win the IWGP Intercontinental Championship.

Perhaps fans might get to see Jericho compete in NJPW again next year.

h/t to SEScoops for the quotes.