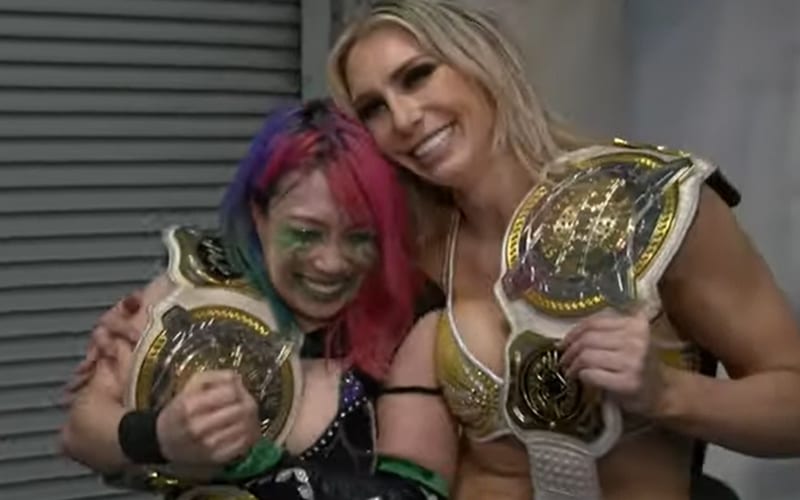 Charlotte Flair made her big return at WWE TLC. She helped Asuka become a double champion in WWE as the two picked up the WWE Women’s Tag Team Titles. Now they have a new team name.

After their big WWE Women’s Tag Team Title win, the two celebrated backstage. When it came to picking a possible name for their new team, they had some options.

Flair suggested that they go with “Empress Queen” as their new team name. That would merge their two nicknames together. The name “The Royal Team” was also suggested. Obviously, they haven’t landed on a name and there is some work to be done.

Asuka and Charlotte Flair will be on WWE RAW tomorrow night. We’ll have to see if they’ve landed on a name by then.