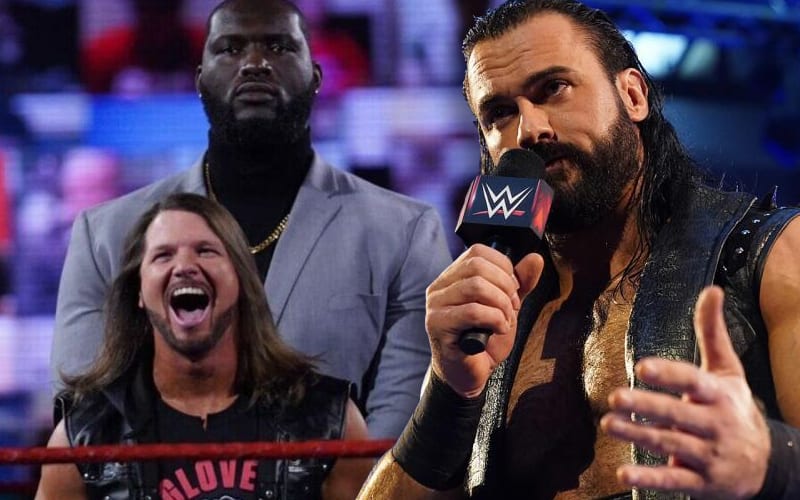 AJ Styles will face Drew McIntyre at WWE TLC tonight. We will have full coverage here at Ringside News, and AJ Styles intended to make it a successful night.

While speaking to TalkSport, AJ Styles opened up a bit about his match against McIntyre at WWE TLC. Styles highlighted his own experience and gave The Scottish Warrior kudos. Then he said that McIntyre has been WWE Champion for long enough.

“I have more experience than Drew and not just in wrestling, but in TLC matches. So I think that will play a part and also, I have a seven-foot monster in Omos who is very scary. I’m not saying he’s going to get involved, but if I wanted him to.”

“Listen, McIntyre… he is the champion. He is the guy right now. He is, well, for right now, unstoppable. He’s a beast and he didn’t deserve anything, he’s earned everything he’s gotten in that ring. “So kudos to Drew McIntyre, but he’s held that championship long enough,”

WWE TLC is likely to be a brutal event. There are two TLC matches booked for the show and AJ Styles vs Drew McIntyre is one of them.

We will have full coverage of the show right here at Ringside News. This could be a very fun night as WWE wraps up 2020.