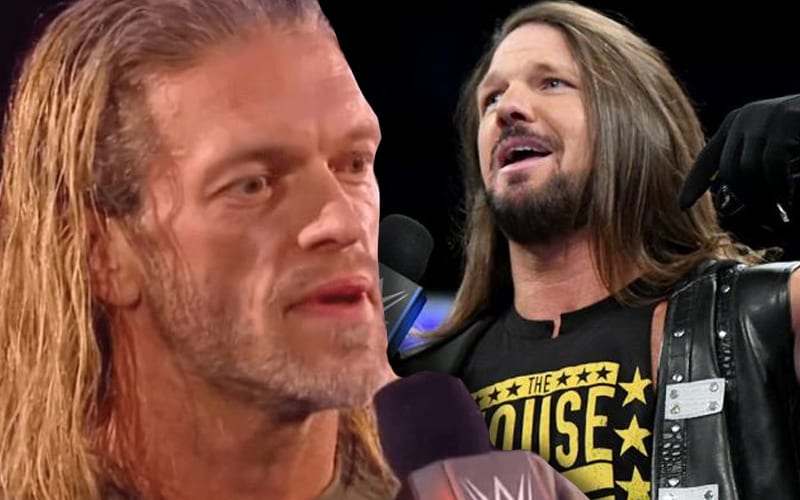 AJ Styles has been in plenty of battles so far in his WWE career. He has his eye set on more exciting matchups, and there are a couple that he wants above others.

During a recent interview with Inside The Ropes, AJ Styles said that he wants to face Triple H. He would love to face Drew McIntyre and Edge. If those matches can’t happen, then he’ll wrestle Triple H, but he really has his eyes set on Edge.

“Well, if it can’t be Drew McIntyre then give me Edge. If it can’t be Edge give me Triple H. There’s a number of guys that are willing to step up and it can be any one of those. I want, I’m telling you, I want Edge. I don’t know if you’ll remember what happened to me at the Royal Rumble, he separated my shoulder with that Spear, so it’s time to get some payback.”

AJ Styles has plenty more time in WWE. Edge also has several matches to go in his current deal. It’s not impossible to picture Edge and AJ Styles finding their way onto a big marquee eventually. Those two could bring a lot to the table, but some fans might not want them to stop at just one match.