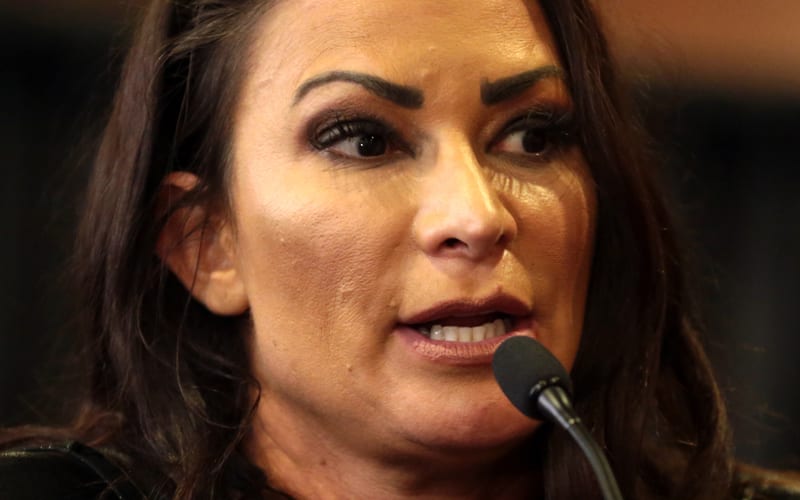 Former WWE wrestler Victoria was one of the mainstays of the women’s division from 2007 to 2009. After her departure from the company, she made her way to TNA wrestling under the ring name of Tara.

While speaking to Chris Van Vliet, Victoria discussed several topics including her departure from WWE and mentioned that she didn’t have plans to go to TNA when she left WWE.

“I actually had two years left on my contract. I talked to Vince, Johnny Ace, and Stephanie McMahon…I thought I was done…I had a 30-day no-compete clause.  TNA called me and I said I need to think about it. They said we need to know tonight because we want to debut you Monday. I said, ok, I will sign for a year and see if I like it. I did not have plans to go to TNA when I left WWE.”

Victoria opened up about her release from TNA Wrestling back in 2013. Victoria revealed at the time she was not even fired by talent relations but the TRAVEL DEPARTMENT staff instead.

“I wasn’t going to resign. I didn’t know I was booked on a PPV until I read a tweet. I called the office and said, ‘Am I on a PPV? I haven’t got the travel and I’m supposed to travel tomorrow.’ They were like, oh s**t. It was very unorganized. I didn’t feel appreciated I guess. I had two more months on my contract and I got a call from the travel department from Bob Ryder and they said we are letting you go. I got let go from the travel department. Wow, talent relations didn’t even call me to let me go.  Bruce Prichard was talent relations. I ran into him at a Comic Con or some kind of signing. The guy that brought me in brought him in. He was in the same car. I said, ‘Bruce, this has been bothering me a long time. I just want to say this because I’m not going back to the business, but I am really upset that you didn’t call me to release me.’  He said he didn’t know that I got released until the following weekend. He said and that’s because he got released the following week. I said, ok, that makes me feel better, not that he got released.”

Victoria had a solid run in TNA as she won the Knockouts Championship on five different occasions. Following her release, she competed in various other promotions including ROH and Chikara.