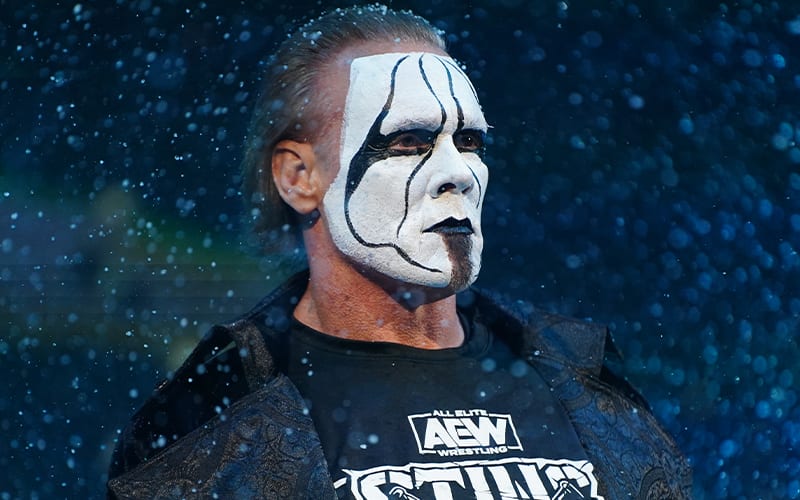 Sting is with AEW now, but he is about to drop in on WWE’s latest 2k video game. Battlegrounds announced their upcoming downloadable character updates and Sting is included.

They will include many wrestlers in the game who were previously absent from Battlegrounds. The Street Profits, Razor Ramon, Ric Flair, Kevin Nash, and more are getting in the game. Sting is also included on that list.

2K Games’ announcement about the upcoming DLC updates included Sting. His contract with 2k must still be active even though his WWE deal is long expired.

He was not pictured on social media or on their official website’s announcement. Fans will have to wait and see what Sting looks like in the Battlegrounds game.

AOP, who were released a few months ago, are also in the upcoming patches.

AEW is also working on a video game. We’ll have to see if The Icon will be included.