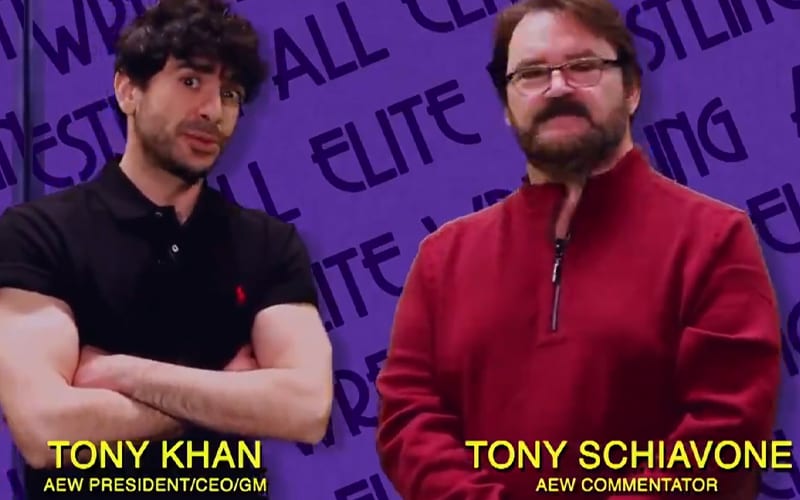 Tony Khan and Tony Schiavone appeared on Impact Wrestling last week in a “paid advertisement.” They were back for another round this week.

Khan said once again that he could have stopped Kenny Omega from appearing on Impact Wrestling, but he is graciously allowing him. He also said that Omega is one of the top wrestlers in the world along with Jon Moxley, who he “stole” the AEW World Title from.

He said that Don Callis didn’t teach him anything. Instead, Kenny Omega is going out and getting free press for AEW, but he’s happy to pay for the advertisement where he delivered this message.

They also dragged AXS TV a bit. Tony Schiavone said that “if you ask your smart TV to find AXS it’ll say, ‘dude, why?'”

We can only hope that these advertisements for AEW continue appearing on Impact Wrestling throughout this partnership.