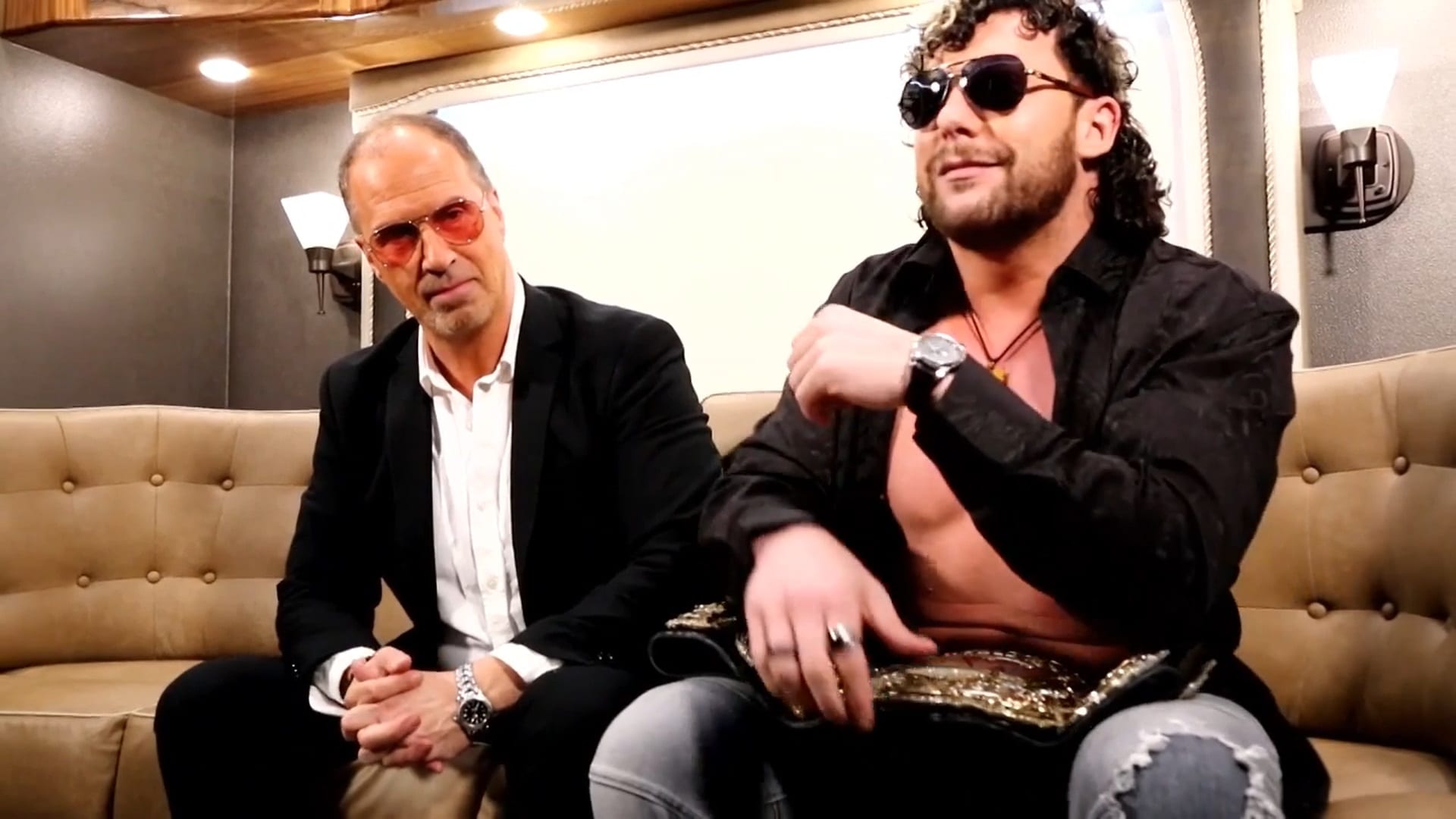 Kenny Omega’s AEW Word Title win came with with help of Don Callis. Then the two took off to Impact Wrestling. Omega showed up at Final Resolution, and he stopped by Impact Wrestling this week. He was a bit agitated this time around.

They aired another promo from Kenny Omega’s bus this week. He changed his clothes again, but all of these scenes were likely shot at once. He directed his animosity toward Impact Wrestling World Champion Rich Swann during this week’s promo.

Karl Anderson was also featured in the beginning of this segment. He was not happy about how Rich Swann disrespected him. This caused Omega to comment on Swann by calling him “Rich the bitch.”

Kenny Omega said that he’s a bit “pissed off” and “I’m sorry about what I’m going to do, but it’s been a long time coming.”

Omega said that he’s going to do something and it seems nefarious. He also had a big smile on his face at the end of the video. It seems that the narrative of Omega going after Swann’s title as a belt collector could have some weight to it.

You can check out the video clip below.