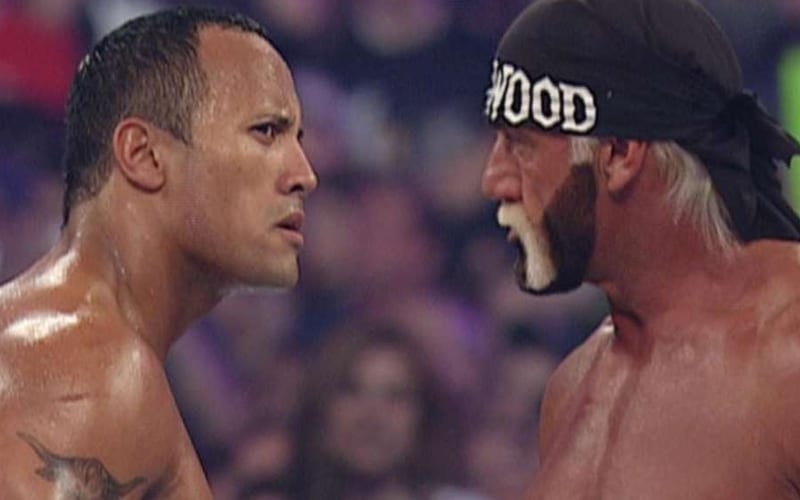 WrestleMania 18 was a historic night of pro wrestling. Many remember the event for the fantastic reception The Rock vs Hulk Hogan received, but it wasn’t the main event match. Years later, many still believe it should have been.

Chris Jericho vs Triple H for the Undisputed Title actually went on last after Hogan vs Rock. Mike Chioda, the referee for that main event match, believes that WWE should have made a change.

While speaking to Mailbag Monday with Mike Chioda on AdFreeShows, Chioda revealed that Chris Jericho was also backstage saying that his own match shouldn’t go on last. To this day, Chioda believes that Triple H didn’t want to give up his main event spot.

“All day, Chris Jericho was running around saying, and he told me afterward not too long ago in AEW, that he didn’t think they (Jericho vs HHH) should have gone on last. He kept saying that there was no way they could follow that match. They kept telling that to everybody. Chris was young at the time and an unbelievable worker. He’s from Canada, so he was telling the office and I remember him saying they shouldn’t be on last.”

“He said Rock vs Hogan should be on last. I think HHH didn’t want to give up that title match main event at the end. That energy was taken out of that crowd. I felt bad for that last title match because the energy was sucked out of the crowd. It (Hogan vs Rock) should have been the main event.”