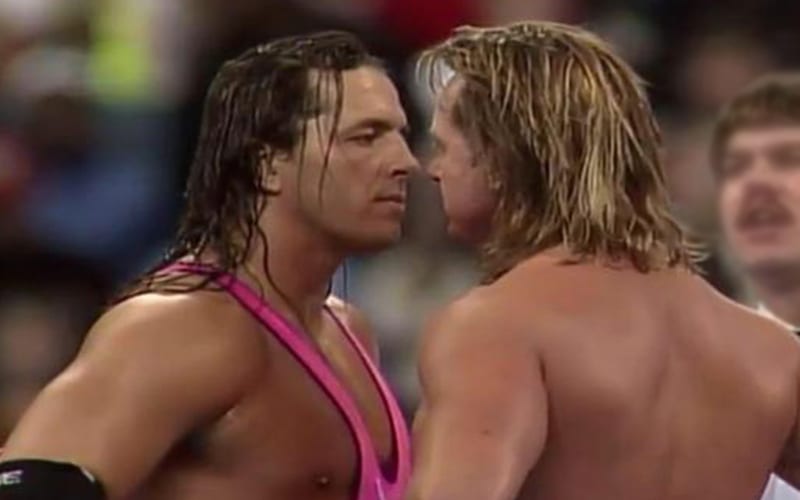 Roddy Piper was a pretty unpredictable man, and he also loved pro wrestling. Bret Hart spent many nights with the Hot Rod, and they even shared the ring at WrestleMania 8. That was a night The Hitman will never forget. He will also never forget how Piper tackled him one time in a hotel room.

During Confessions Of The Hitman, a paid video series through Hart’s website, he revealed a story about Roddy Piper that involved drinking until 3:00 AM. Hart needed to leave, but Piper forced him to stay and they wrestled around that hotel room for 45 minutes before The Hitman could go back to his wife.

“I end up with Roddy till 3 in the morning and end up in his room, and we talk for a little bit and I finally told him and said, I got to get going. My wife is still waiting for me. He tackled me in the room and then, we had this full-on wrestling match for about 45 minutes. I mean, it was a hand-to-hand combat. The mattress is tipped over, the chairs tipped over, the tables. He would not let up. He wouldn’t quit till I finally beat him. I think I made him tap out”

Roddy Piper is sadly not around to tell his side of this story. He passed away far too soon, but his legacy will certainly live on through so many stories and the careers of those he influenced.