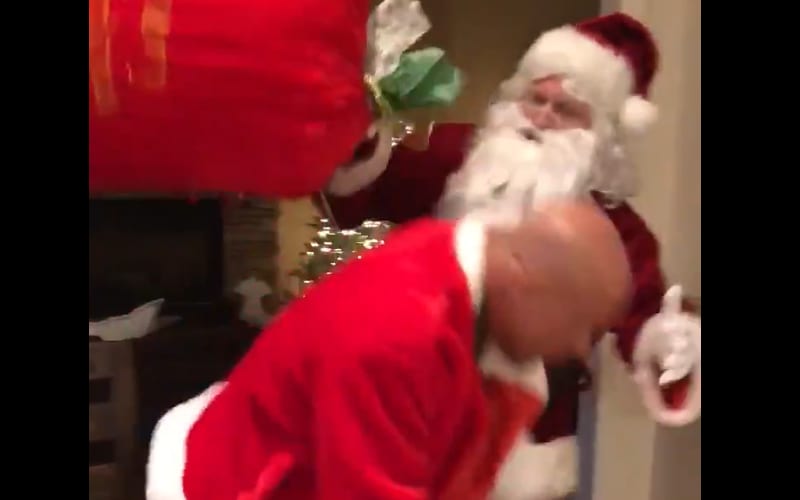 It’s the most wonderful time of the year once again, but Kurt Angle cancelled Santa Claus. Old Saint Nick wasn’t having that.

Kurt Angle and Santa had a showdown in The Olympic Hero’s home. Angle told Santa that he’s “Santa Olympic, the only Olympic gold medalist to win with a broken freakin neck.” Then he asked Santa Claus how many gold medals he has.

Santa called Angle out for drinking his milk, but Angle said it was his milk. He’s tired of Santa, and 2020 was the year when things got real. “I’m the real American hero, you’re not — now you wanna drink my milk too?”

Santa Claus said “that’s my milk,” and then he hit Angle with his bag of gifts. To top it off, Santa Claus got in Angle’s face and said “You suck!” before he walked away “ho ho hoing” the whole time.

Angle captioned the video with: “This is not over yet SANTA. Saint Olympic might just come out of retirement for you! #itstrue” We’ll have to see if this match gets booked somewhere.