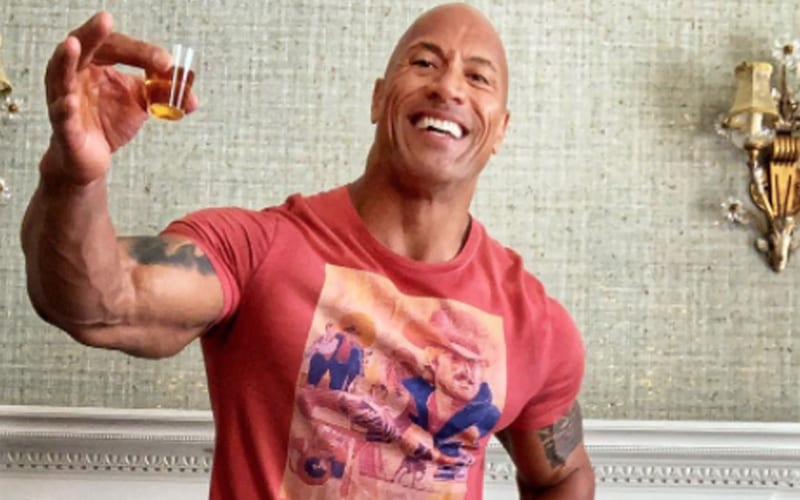 The Rock is involved in a few entrepreneurial endeavors outside of Hollywood. His new tequila brand is not only popular, but it is also doing record sales.

Click here for a great video of The Great One surprising fans at a taste testing for his new Teremana Tequila.

Forbes reported that Johnson’s Teremana Tequila is on pace to sell more than 300,000 nine-liter cases in its first year. That breaks new ground in the liquor business.

The Rock was very happy to share this news on Instagram as he promised to keep the good stuff flowing. It might be an impressive accomplishment, but Dwayne Johnson is never settling and always looking for that next record to break.

It’s official – we’ve made history 🤯🥃
@teremana has become the biggest launch in the history of the spirits business.
Of any spirit, ever.

In less than one year we’re on track to sell 300,000 cases and ship roughly 400,000 cases of Teremana in our first year of business.
(for context Clooney sold his Casamigos tequila brand at roughly 175,000 cases).

I am so grateful and humbled to receive this mind blowing news – but I’m in this for the long term and my goal is to build a MANA fueled legacy for generations of Johnson’s.

The Rock is incredibly popular, and a powerful man as well. He could even be a US President someday. Obviously, people want to drink like The People’s Champion as well.

Teremana Tequila might be a very popular stocking stuffer for fans. At this rate, it might be hard to get your hands on a bottle before the sell out.