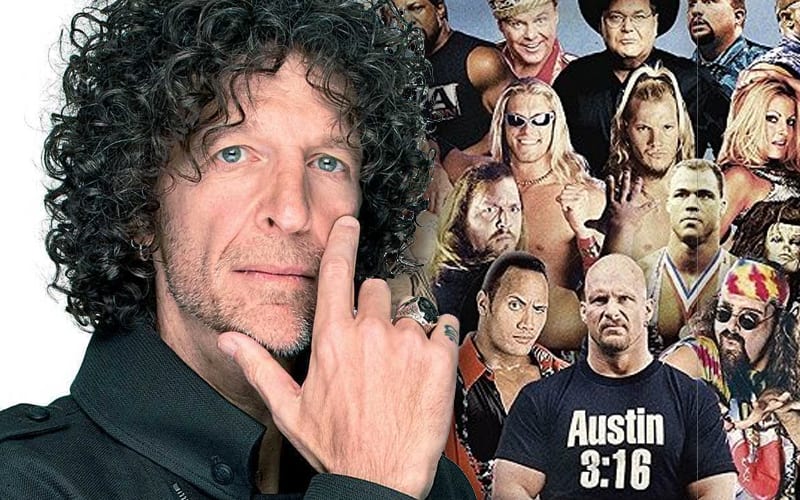 WWE will never return to the Attitude Era no matter how much fans might want it to happen. The TV-PG era will not allow for that kind of content on primetime television. The adoption of family friendly television is to blame for the departure of the Attitude Era, but according to Bruce Prichard, fans have Howard Stern to thank for it.

During Grilling JR, Jim Ross said that Howard Stern’s radio show was the impetus of starting that treasured time of middle fingers, crotch chops, and puppies in WWE history.

“It’s the attitude era man. Everything goes. The more coarse the better, at times, at least it would seem that way. So yeah, it was, this is that part… you and I were talking about your friend Shuli of the Howard Stern show who now lives in Huntsville.. I think a lot of the boldness of the Howard Stern show, was largely an impetus of kicking off the Attitude Era. And I think Howard’s creativity, and his staffs creativity and creating all these characters and these oddities, and freaks of nature.. ya know, all these.. ya know the wack pack.. I think it kinda bled over into the early stages of the attitude era.

And then once the attitude era started getting over, and people liked that R rated pro wrestling, then uh you just took it from there. But I think Howard Stern’s influence, his shows creativity, the oddities and so forth and so on, was a big part of what we were doing in that glory years.”

WWE flirted with the idea of edgier content during Paul Heyman’s tenue as Executive Director of RAW. Corey Graves was even allowed to say “sh*t” on television. They backtracked, and now the company is presenting a tamer product.

The TV-PG Era was self-imposed by WWE, and they can dial up the titillating programing if they wish. Advertisers like family-friendly programming, and that is what matters most. It seems that WWE has chosen their direction, but even Howard Stern got tamer over the years.