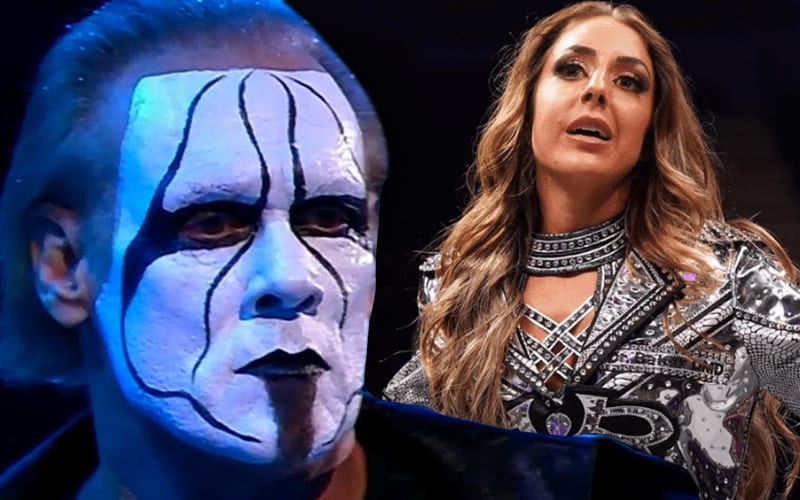 Sting showed up in AEW, and plenty of people took notice. The AEW roster didn’t know the Stinger was in the building, but it was hard to hide once he exited the trailer he was hiding in all day.

Click here to find out how they kept Sting hidden all day.

Britt Baker has big goals for AEW, and the company’s resident dentist can already tell that Sting is going to be a close friend. She tweeted out a few photos while saying that she can already tell she and Tony Schiavone will be best friends with The Icon.

I can already tell that me and @tonyschiavone24 are gonna be best friends with @Sting.

Sting will be on AEW Dynamite next week. It will be interesting to see how AEW continues to use him. He will be around much more often than he was in WWE, but it’s not likely he will wrestle on AEW television.

This is still the beginning of Sting’s multi-year contract with the company. So, there is still plenty of time for him to make new friends.