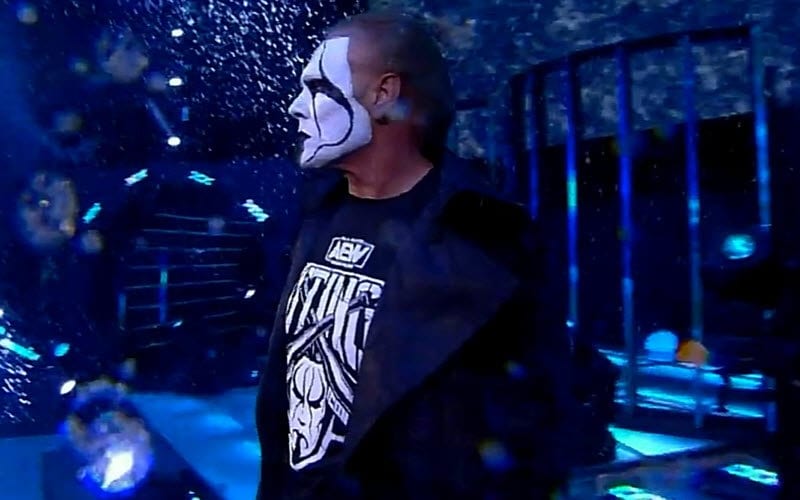 AEW brought in Sting, and it was a huge surprise that the company was working on for a while. They had a perfect time in mind for Sting’s debut, and it was right in time for the holidays.

Sting’s emergence in AEW also brought a new line of merchandise. That first Sting t-shirt broke Pro Wrestling Tees’ record for most shirts sold in a 24 hour prior. AEW knew that they would have a big money marketing opportunity, and they took full advantage of it.

According to the Wrestling Observer Newsletter, AEW specifically timed Sting’s debut so they could get a jump on Christmas sales.

Sting’s debut was very much designed to be there for Christmas season merchandising. Good signs on 12/3 was that the Impact web site crashed and Sting set a Pro Wrestling Tees all-time record for one day sales of any T-shirt in its history.

Sting’s debut for AEW excited a lot of fans, and it caused them to open up their wallets. It’s very likely that AEW’s merchandising team is working on more designs for Sting. They still have a few weeks until Christmas to rack up more sales.