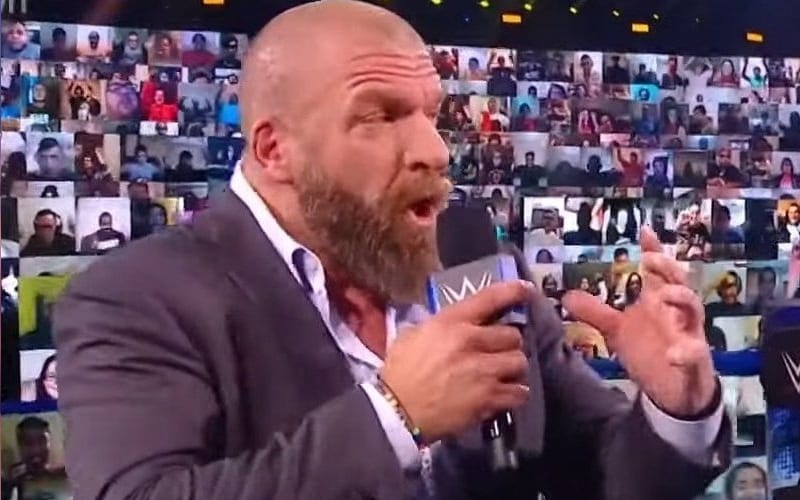 AEW made headlines after their partnership with Impact Wrestling was made public. The next day Triple H fielded a question during a media call where he said that the company is open for business.

During the recent media call, Triple H stated that WWE is always open to work with another company. He said that it’s all about what is beneficial to them in the long term. The long term for WWE is five or ten years down the line, and not months.

We’re open for business in a lot of ways and a lot of things. People’s thoughts and misperceptions, their perceived knowledge of what we do and how we think is often greatly misinterpreted and not accurate. Are we open to the right business opportunities? Yeah, at any given time we’re open to things. It just depends on what they are and if they’re beneficial to us in the long-term. When I say long-term I don’t mean three months, I mean 10 years. Long-term .That’s how we think. We’re not necessarily worried about minute-by-minutes. Open for business, I think Vince says that a lot and I’ve been around him long enough that if it’s the right thing and meaningful to business, he’s open to anything.

We’ll have to see what’s next for AEW and Impact Wrestling. WWE generally does their own thing, but they’re willing to work with other companies if they can buy them first.