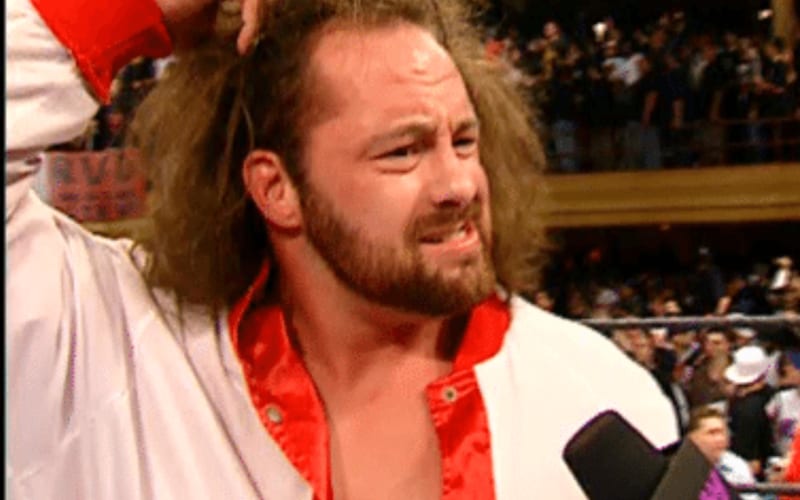 Eugene was a WWE Superstar with a mental handicap, and a lot of fans believe that gimmick wouldn’t work at all today. If you ask Nick Dinsmore, the man behind the character, WWE can make anything work.

While speaking to Chris Van Vliet, Dinsmore was asked if he thinks the Eugene character would fly in 2020. He had doubts that his character would work when it did, so he has little doubt that WWE could revive it again if they wanted to.

“One thing I know about WWE is that they can almost always make anything work. You know what I mean? When Eugene first started, I didn’t have my first match on TV for two or three weeks and in those first two or three weeks some people I had heard, like radio stations or news outlets were saying ‘What is WWE going to do with this character?’. But the minute I won my first match, then they know it’s an underdog story of a boy with a dream wanting to be a wrestler and he’s fulfilling that dream.”

We’ll have to see if WWE brings back Eugene, or if they introduce another character with special needs. Eric Bischoff’s kayfabe nephew was a featured performer on WWE television for far longer than most expected he would be. Is anyone ready for a comeback?