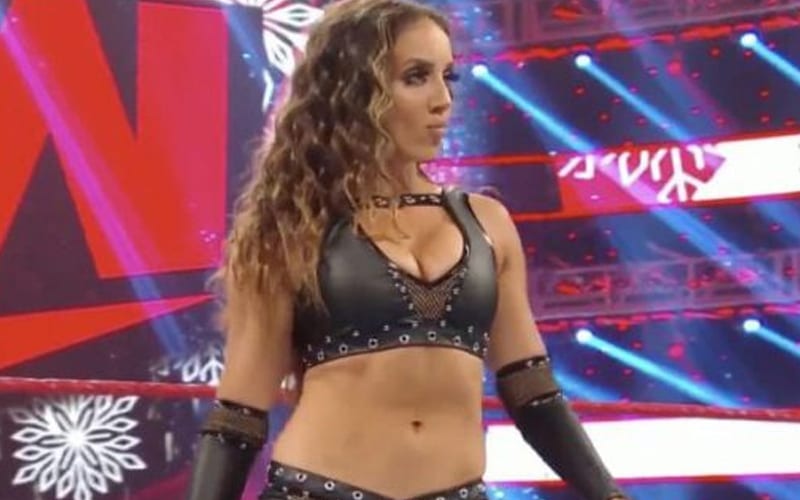 Chelsea Green debuted on SmackDown, and then she was injured. That was not the first time that WWE proposed her call-up.

According to Fightful, WWE almost rebooted an idea from Trish Stratus’ obsessed fan angle with Mickie James. This was a way to bring James into a solid storyline, and there were those who were behind this idea for Chelsea Green.

It was reported that this storyline from 2005-2006 was the basis of the pitch. They had a “solid plan,” but it “inexplicably got scrapped.” Reviving that idea from a 15-year-old angle just wasn’t meant to be.

They apparently got “a lot further than a pitch.” Mickie James was set to be the object of Green’s fandom this time around. They “actually filmed content to start the angle.” After everything was a go, plans were “abruptly changed only hours before it was set to air.”

Chelsea Green then had to wait for months after that for her next opportunity when she did debut, but she was injured during that triple threat match.